BC Ferries encourages safety through education 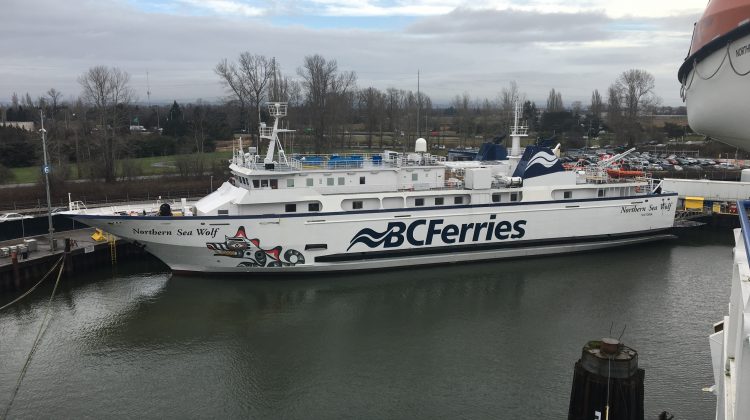 The Northern Sea Wolf. (supplied by BC Ferries)

VICTORIA, BC – It’s North American Safe Boating Awareness Week and BC Ferries is reminding the operators of other boats to be aware of the big vessels.

Pleasure craft operators need to exercise caution when around BC Ferries vessels and Communications and Media Relations Manager Astrid Braunschmidt said there are three warning blasts boaters need to be aware of.

It’s far easier for the smaller watercraft to change their course then it is for a BC Ferries vessel to stop or turn, as Manager of Communication and Media Relations with BC Ferries, Astrid Braunschmidt explains.

“Boaters should keep in mind that ferries don’t maneuver quite as easily as smaller boats and it can take up to ten ship lengths for a ferry to come to a complete stop in an emergency situation,” said Braunschmidt. “So, [it’s a] really good idea to keep eyes open for ferries, if recreational boaters are going to be enjoying the waterways that are near the terminals and the ferry lanes.”

Last year, BC Ferries responded to 15 marine emergencies and these types of incidents increase in the summer months when more pleasure boaters are on the water.

“The campaign this year promotes responsible boating practices and has a number of tips and suggestions for people who are out on the water,” said Braunschmidt. “[It’s] a really good idea to take note of some of those suggestions, not only for the campaign this year but also from organizations like BC Ferries, we just want to make sure everyone is safe out on the water and enjoying the beautiful coastline.”