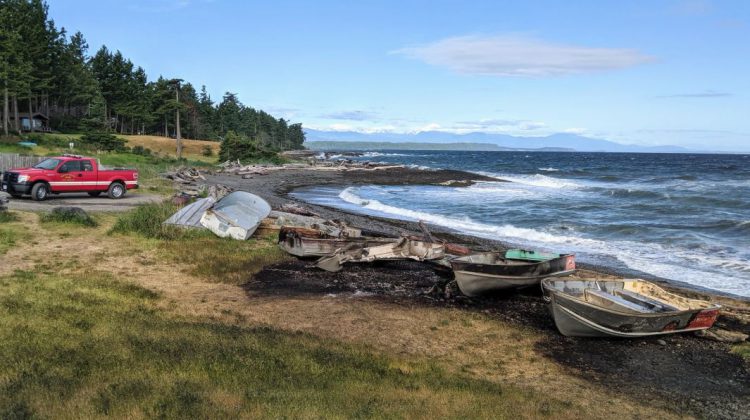 HORNBY ISLAND, B.C. – A handful of rowboats were damaged, and at least three are being deemed a complete loss, after they caught fire in Hornby Island early this morning.

At about 1:30 a.m., Hornby Island Fire Rescue responded to a call of rowboats on fire at Grassy Point beach.

Hornby Island fire chief Doug Chinnery described what he saw when he arrived on scene.

Three boats were destroyed and two others were damaged.  All of the boats were under 20 feet long.

“There were several of them that we were able to save without any damage at all,” Chinnery said.

Thankfully, the ground was moist enough that the nearby field didn’t go up in flames, according to Chinnery.

“In the summertime when things are really dry, it could potentially be a huge problem because it was a really strong northwest wind and onshore… wind. And in the summertime, when the grass was so dry, because that whole area is a big field, there was a real hazard of those flames then spreading up to some of the houses and some of the structures that were further up on the field.”

According to Chinnery, the RCMP were on scene this morning.