People warned to stay away from Puntledge River Wednesday, as flows intensify for smolts’ passage 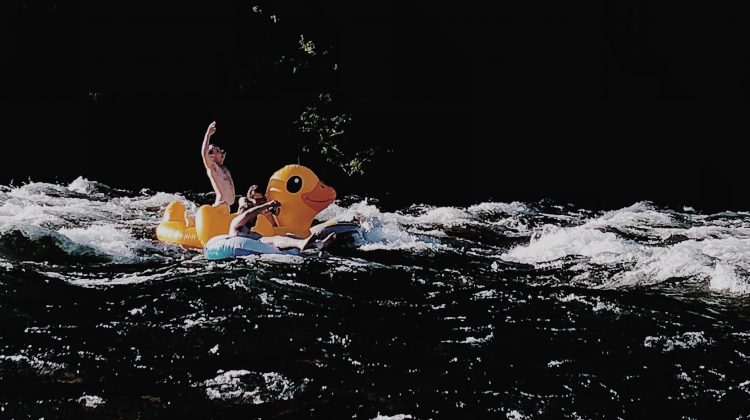 COURTENAY, B.C. – BC Hydro is asking people to steer clear of the Puntledge River on Wednesday.

According to a notice from Watson, this is the time of year when the Department of Fisheries and Oceans Canada (DFO) releases their Chinook smolts from the Puntledge River Hatchery, and for them to migrate into the ocean.

“To assist them in moving downstream, the release was well-timed to the annual kayak festival. With the kayak event cancelled this year due to land accessibility issues, BC Hydro will release higher volumes of water down the Puntledge River to give the smolts a better success rate in migrating past seals in the lower river,” the notice said.

“The general public is advised to keep away from the river banks of the Puntledge River on May 29.”
Watson told the MyComoxvalleyNow.com newsroom today, adding that come late Tuesday into Wednesday, BC Hydro is going to triple the river flow.

“So that’s a flow rate where throughout the river system, people should not enter the river,” Watson said. “So that’s a public safety notice.”

“DFO appreciates this co-operative effort with BC Hydro, and their assistance in protecting the unique Puntledge River Summer Chinook population.”

About 1.8 million Fall Chinooks and about 300,000 Summer Chinooks will be released on Tuesday.

Since February, BC Hydro has conserved water in the Comox Lake Reservoir due to the very dry weather conditions.

The one-day higher flow will result in less power generation, yet still enable BC Hydro to have the reservoir full in June.

The reservoir level is currently at about 135 metres and about 30 cm from being full to capacity – it may be near that level by end of day Tuesday.

The reservoir hit a low of about 131.4 metres in March.

That flow rate will hold until reduced back to about 26 cubic metres per second on Wednesday night.

The forecasted water inflows into the system over the next week from a depleting snowpack is around 35 cubic metres per second, and slowly dropping.