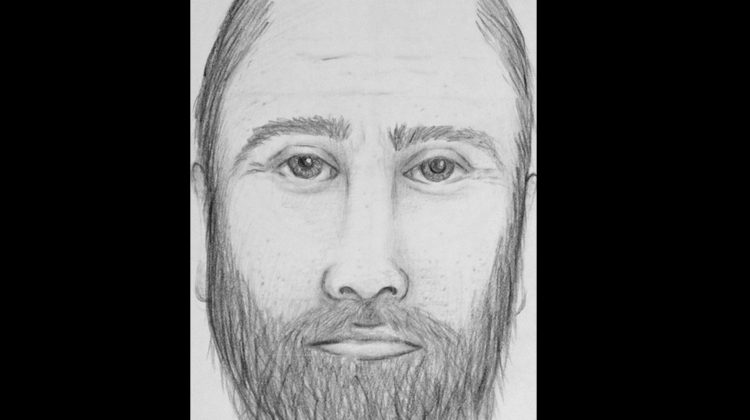 Police sketch of the suspect of a sexual assault in Courtenay on April 11th, 2018. Sketch courtesy Comox Valley RCMP

COMOX VALLEY, B.C. – The Comox Valley RCMP is asking for the public’s help in finding the suspect of a sexual assault that happened just over a year ago.

On April 11th, 2018, a 34-year-old woman reported that she was sexually assaulted at Sandwick Park in Courtenay.

The RCMP has released a sketch of the male suspect in hopes that someone recognizes him.

The victim reported that she was walking within the park at roughly 7:30 p.m. when she was grabbed from behind by an unknown man and forced into a forested area, where she was sexually assaulted.

The suspect was described as:
– Caucasian
– Approximately 35 to 45 years old
– and about 5’9” tall with light reddish coloured hair, and similar coloured facial hair

The suspect was wearing a black jacket and possibly dark jeans at the time of the assault.

“This has been a very active investigation since it was reported last April” said Cst. Shana MacQuarrie of the Comox Valley RCMP Major Crime Unit. “We are hopeful that the release of this sketch will prompt a member of the public to contact the RCMP and assist us in identifying the suspect.”