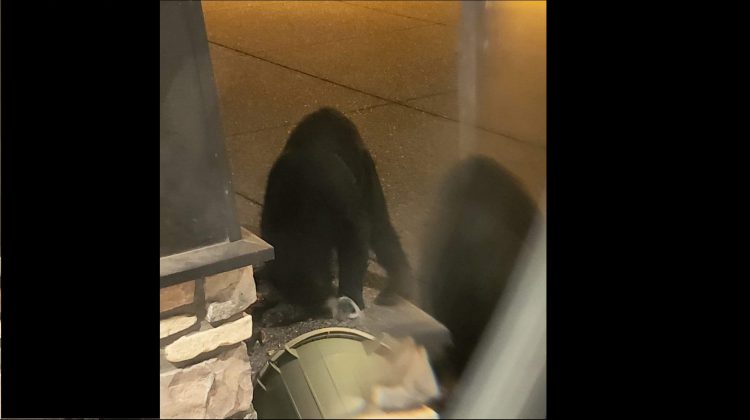 NORTHERN VANCOUVER ISLAND, BC – The month isn’t over yet, but there have been 74 black bear sightings in May.

According to the Conservation Officer Service, there were only 16 calls for black bear sightings in April.

Various residents have reported seeing bears in neighbourhoods, as well as near schools as of late.

Andrew Patrick, public affairs officer with the Conservation Service said in an emailed statement that residents must ensure they don’t have attractants on their properties or yards. Garbage, bird feeders, greasy barbecue grills, pet food, recycling, and compost bins are key attractants.

Patrick added that garbage left out the night before pickup is a significant issue, as bears have free access overnight.

The service also would like to remind people that it is the residents’ responsibility to make sure bears don’t have access to those attractants. If bears have access to non-natural resources, they become used to and become dependent on them.

The service also advises that residents who have fruit trees on their properties should never allow fruit to drop and accumulate on the ground, and to pick them out of the trees once they begin to ripen. They added that electric fencing is the only bear-proof fencing option.