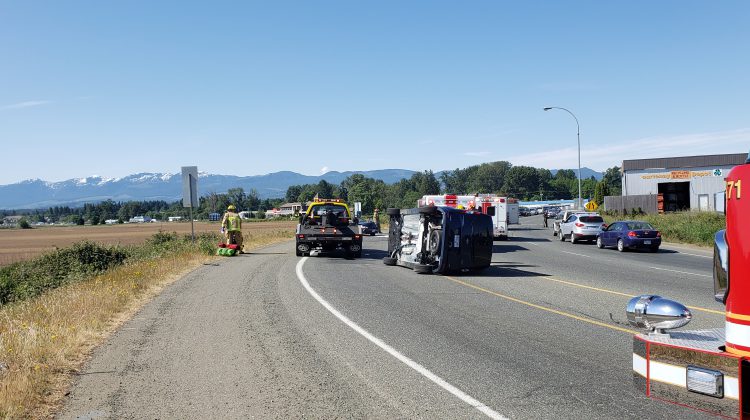 COURTENAY, B.C – There is no word on injuries following a two vehicle head on collision that took place Friday morning.

The accident occurred on the Highway 19A bypass near Superstore, and the Courtenay Fire Department, B.C Ambulance, and R.C.M.P were all on scene.

“Courtenay fire department responded to a two vehicle Motor vehicle incident on the Courtenay bypass just outside the Superstore, reports were that there were possible entrapment,” said Lamb.

“On arrival, (it was a) two vehicle head on, with four patients, but no entrapment.”

There were four patients treated, including a small child.

One patient was sent to hospital for further treatment.

One of the vehicles appeared to be a rental van as well.

Captain Lamb also said there is no word on injuries at this point.

“Hard to say at this point, I believe one is being transported to hospital…three from the van, and one from the car.”