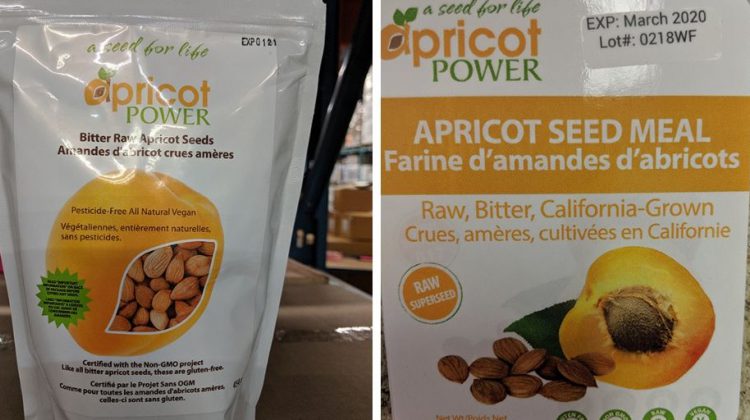 Apricot Brand Bitter Apricot Seeds and Apricot Seed Meal are being recalled due to incorrect dosage of amygdalin. (supplied by the Canadian Food Inspection Agency)

According to an announcement from the Canadian Food Inspection Agency (CFIA), the Apricot Power brand Bitter Raw Apricot Seeds and Apricot Seed Meal are being recalled due to the naturally occurring toxin amygdalin.

Amygdalin is detoxified in the human body if ingested in small amounts, but can cause cyanide poisoning if taken in large amounts.

The recalled products have incorrect dosage information, which could lead to excessive consumption that may cause acute cyanide poisoning, according to the CFIA.

The agency added in the announcement that those who have the products should throw them out or return them to where they bought the products from.

The recall was triggered by Ecoideas Innovation Inc., and the CFIA is now conducting a food safety investigation, which could lead to a recall of other products.

There have been no reports of consumers getting sick from the products, according to the agency.