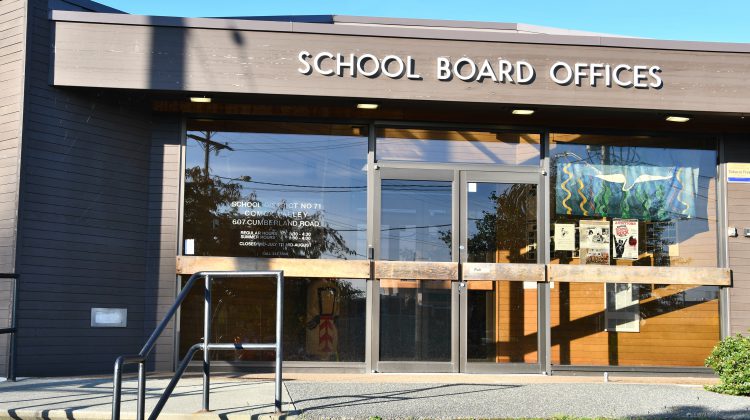 The Comox Valley School Board told all district staff on Friday about Lindquist’s resignation.

Lindquist joined the school district in 2016.

“Under his leadership, the district has seen a continuation in its innovative practices of how education is delivered to students in the Comox Valley and is a testament to the amazing work of all District employees,” Comox Valley Schools said, in a release.

According to the release, Lindquist’s tenure began during a time of declining enrollment, funding protection and budget cuts.

“Today, the Valley is experiencing a growing public education system. With Lindquist’s support and world view on pedagogy and how 21st century education needs to evolve to support teacher and student learning, the board has been able to lead the district through change,” the release added.

Lindquist strongly advocated with the Ministry of Education to adopt new policies that were responsive to student learning of today.

The release also noted that Lundquist also strongly supported the work of educators and district staff with a focus on reinvigorating a vibrant organizational culture in which all employee groups felt supported, valued and recognized.

“We are immensely grateful for Dr. Lindquist and his innovative approach and successful contributions to public education here in the Comox Valley,” said board chair Janice Caton.

“We feel confident his successor will continue the positive momentum that he created.”

On the heels of Linquist’s resignation, the board announced the appointment of Tom Demeo as the Comox Valley’s new Superintendent of Schools and CEO to the Board.

The release said Demeo brings “extensive experience to this appointment.”

His experience in prior leadership work includes Vice Principal at Courtenay Junior School (now Mark R. Isfeld), followed by a tenure at both Highland and G.P. Vanier Secondary. Tom served as Principal of Carihi Secondary in Campbell River and the Director of Human Resources for SD 72 before returning to the Comox Valley in 2012 to assume the position of assistant superintendent.

“Tom brings to this new appointment a strong working knowledge of the district and its future needs,” Caton said. “Dr. Lindquist responded to Mr. Demeo’s appointment by noting that he is one of the most innovative leaders he has worked with in his long career in education and that he will continue down the path that we as a District have embarked on.”

Originally from Castlegar, Demeo began his career in Alberta before moving to Princeton, and finally the Comox Valley in 1996.

“I am excited to take on the role of Superintendent of Schools and look forward to continuing to support current and new initiatives that ensure excellent educational opportunities for all of our students,” Demeo said.

The Superintendent and CEO of Comox Valley Schools oversees the delivery of public education programs to more than 8,500 students and over 1,500 staff.

The district is the second largest employer in the Comox Valley after Canadian Forces Base Comox. Demeo will commence his tenure effective Aug. 1.