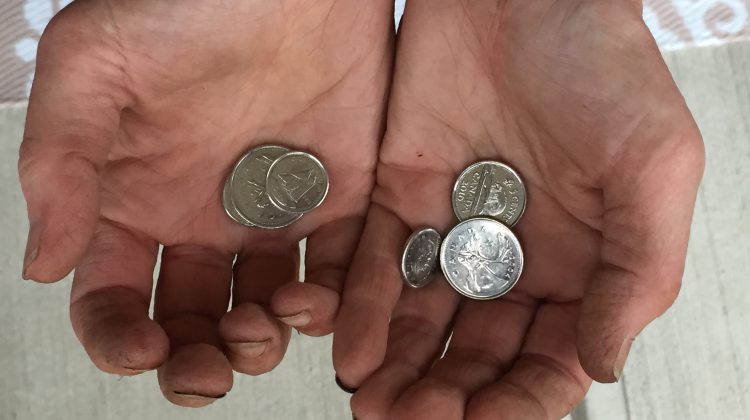 A study by the B.C. Centre on Substance Use looked at what effect staggering payments could have on reducing drug use, which would in turn reduce the stresses on health and police services. (Troy Landreville, Vista Radio staff)

VANCOUVER ISLAND – A study released this week notes that ‘cheque day,’ or ‘welfare Wednesday’ can have unintended negative impacts, particularly among drug users.

Conducted by the B.C. Centre on Substance Use, the study looked at whether changing the timing and frequency of income assistance might reduce drug use and related harms.

It found a 35 to 40 per cent increase in fatal overdoses in the five days following income assistance payments.

It also found that while staggering payments would reduce drug use, those receiving smaller payments twice a month were more likely to engage in violence and negative police interaction.

Closer to home, AIDS Vancouver Island Courtenay and Campbell River manager Sarah Sullivan said that AVI’s position as a harm reduction based organization “is that we support individuals and communities to be self-determining and make decisions for themselves.”

Sullivan added that individuals who receive income assistance/supports of any type “need to be allowed to choose how they are paid, once a week or once a month.”

The study followed 194 people living in Vancouver who use drugs and receive income assistance, from 2015 to 2018.

The participants were split into three groups:

The study also found that participants in both the staggered and split & staggered groups were roughly one third as likely to increase their drug use around government cheque day.

“Receiving income payments of any type can act as a cue for increased drug use, and individuals may also experience strong social cues when many people in the community receive payments at the same time,” an overview of the study notes.

“In addition to the harms experienced by people who use drugs, the increased activity each month around ‘cheque day’ places significant demands on health, social, and financial service providers, as well as police.”

The study also looked to see how adjusting the cheque schedule would decrease drug-related harm within the community; and decrease demand on health, social, and financial service providers, as well as police.