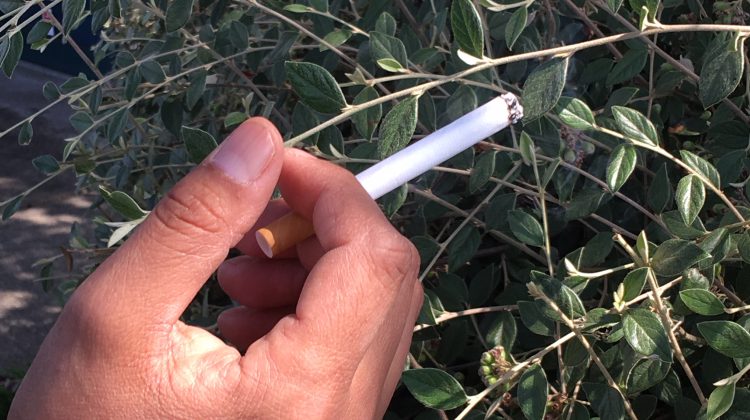 City of Courtenay staff is preparing a bylaw to ban smoking of tobacco and cannabis in all city parks and properties. (Troy Landreville, MyComoxValleyNow.com staff)

COURTENAY, B.C. – The City of Courtenay is looking at banning smoking in all city parks.

At Monday’s meeting, council passed a notice of motion from councillor Melanie McCollum.

It directs staff to prepare a bylaw to ban smoking of tobacco and cannabis in all city parks and properties.

McCollum said the lingering dry conditions in the city factored into the motion.

“I (was) just noticing what the impact of smoking is, in our public spaces to the wider community and just witnessing over the last four to five years just how incredibly intense the last few droughts that we’ve had and how real the fire risk is,” she said.

Many of Courtenay’s parks are in heavily wooded areas, near residential and commercial spaces, she added.

McCollum said the smoking bylaw that’s currently in place is “so out of date that it’s going to be rescinded and a new one will come up through this resolution.”

A report with the suggested bylaw will be brought back to council.

“So basically there will be a first, second, and third reading (and) a public hearing on it, and it’ll go forward as a vote for final adoption,” McCollum said.

“It could take a few months before it comes into existence, assuming that it continues to be supported by council.”

She does not believe Courtenay is the first municipality to explore banning smoking in parks.

The bylaw, McCollum said, will re-educate the public about the risks associated with smoking in parks during dry spells.

“I think it’s much better for enforcement and public awareness that parks are just not somewhere where we smoke,” she added.

Park of the motion reads that the smoking of “tobacco, cannabis and vaping products impacts the public’s enjoyment of parks and public spaces and may create a health hazard for some.”

It also notes that the “public use of cannabis is expected to become more prevalent with the legal sale of recreational cannabis in the City of Courtenay.”

McCollum said cannabis use in public spaces is “definitely a concern.”

“I’m definitely supportive of having recreational retailers but I also want to be cognizant that we’re not taking away from other people’s ability to enjoy our public spaces, and maybe parks are just not going to be the best place to enjoy cannabis.”

“We are being pro-active in providing zoning changes to allow cannabis stores to set up shop,” McCollum added. “Potentially we’ll have six retailers here within the year, and so I think we need to be really looking ahead at what our policies are and whether or not we’re addressing that outside of where we’re allowing them to open up.”

A key to the proposed bylaw is having a consistent policy that people will understand and follow.

“I think it’s better from an enforcement (perspective) and what’s socially acceptable,” McCollum said. “If we’re not providing that space than people understand that’s just not an activity that you go to a park to do.”