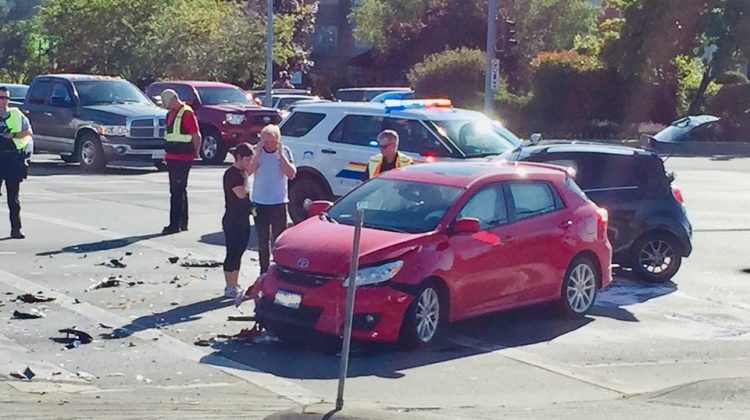 COURTENAY, B.C. – One of two cars involved in a crash in Courtenay today caught fire.

It happened at the intersection of Cliffe Avenue and 17th Street just after 8:00am.

Courtenay Fire Department deputy chief Kurt MacDonald said firefighters were able to use an extinguisher to put the fire out quickly.

Fire, ambulance, and RCMP responded to the crash, with fire crews dealing with the spills and leaks.

“It definitely is possible and does happen, just fortunately not too frequently because it does add an extra layer to the response and what we have to do to mitigate it,” MacDonald said.

MacDonald added it was a “pretty high-speed crash for 17th and Cliffe.”