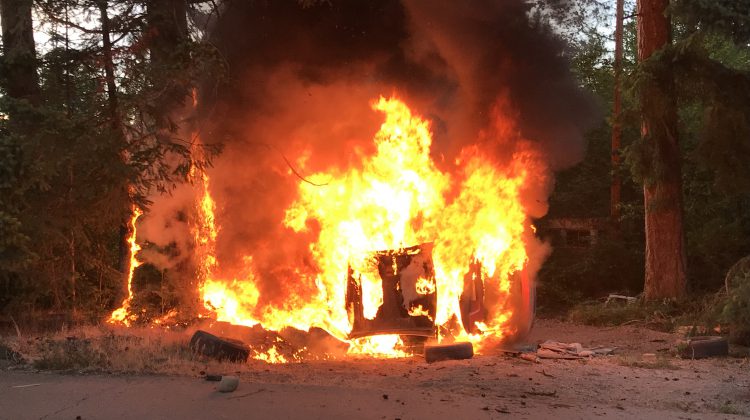 A car caught fire after flipping on its side during a private party at Saratoga Speedway on Sunday, June 16th, 2019. (supplied by Oyster River Fire Rescue)

During a training session, the sports car skidded on its side and caught fire.

Oyster River Fire Chief Bruce Green said when crews arrived, the BMW was on its side and fully involved.

Green said there was a danger of the flames spreading to nearby shrubbery.

“Fortunately, when we got there everybody was out of the vehicle and our main concern was the fire spreading to the trees. The crews arrived fairly quickly and did an excellent job of knocking the fire down so there was no further spread.”

Twelve firefighters from the Oyster River Fire Department helped put the fire out.

Green said the fire was so intense, it was difficult to say what make or model car it was.