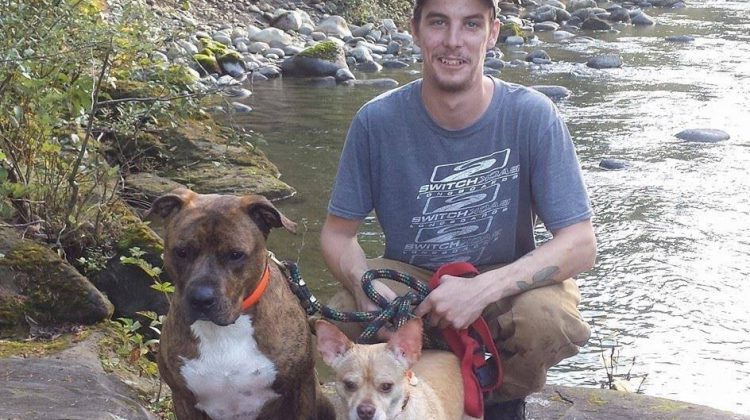 Twenty-seven-year-old Scott Thompson remains in hospital in an induced coma after crashing his dirt bike near Brewster Lake on Saturday. (supplied by Alexis Cawdell)

CAMPBELL RIVER, B.C. – The friends of a man seriously hurt in a crash have launched a GoFundMe for him.

Twenty-seven-year-old Scott Thompson is in an induced coma after crashing his dirt bike near Brewster Lake on Saturday.

Upon being rushed to the Campbell River hospital it was revealed that his injuries were too severe for medical staff to deal with.

He was then airlifted from Campbell River to Victoria General Hospital.

After x-rays and CT scans, doctors found that Thompson had broken most of his ribs on the left side of his body, punctured his left lung and lacerated his spleen.

In Victoria, he underwent emergency surgery to permanently remove his spleen, have his ribs fused back together, and to get a tube placed in his chest to re-inflate his lung.

Doctors put Thompson in an induced coma so he doesn’t move and injure himself any further. If he moves, his injured ribs could stab into his lungs.

The forest engineer, who is from Campbell River, has a road to recovery that’s expected to be a long one, which is why his friends have started the Scott ‘Danger Cat’ Thompson Recovery Fund.

“He won’t be able to go to work, and his girlfriend has to travel back and forth between Campbell River and Victoria,” she said.

“We’re not even sure on recovery time at this time because he hasn’t even gone in for his second surgery, and he’s only been awake one time,” Cawdell said.

Cawdell said Thompson is a wonderful person who would do anything for anybody.

“It doesn’t even matter if he knows you or not, he is always there to help you and give you a hand,” she said. “He is a really funny guy. He always cracks jokes and can make anybody giggle. He’s an all-around loving guy.”

Thompson has two dogs and two cats that Cawdell is looking after while he is in the hospital.