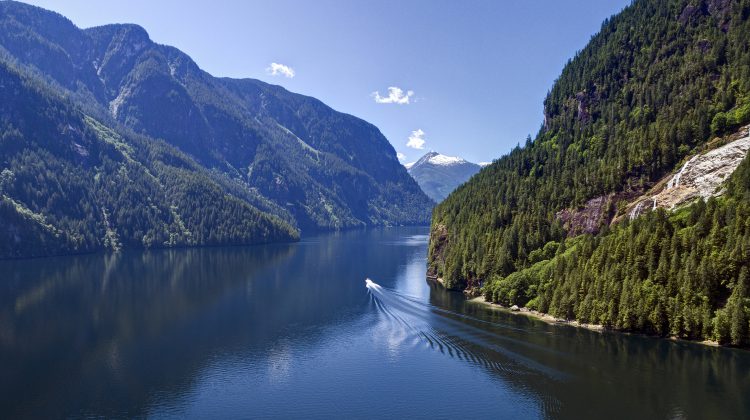 SUNSHINE COAST, B.C. – A relatively new environmental group is on a mission to buy a remote piece of land on the Sunshine Coast.

Princess Louisa Inlet is described by the BC Parks Foundation as “one of the province’s most unique and breathtaking destinations.”

“It is in urgent, immediate need of protection, today, as land within the inlet is up for sale,” the Foundation said in a release.

Day noted that the inlet includes Chatterbox Falls, which is one of the highest waterfalls in North America.

The current owners have put three lots of roadless, undeveloped land covering 4.5 kilometres of waterfront and 800 hectares of watershed along the south side of the inlet on the market.

The Foundation has secured an agreement for Purchase and Sale with the landowners lasting until the end of August.

The Foundation is now asking the public to complete the sale. It has already raised nearly $2 million, covering two-thirds of the cost. Now, they are looking for help to close the gap before the agreement expires.

“It’s really only a few months that we’ve been at it and we were able to raise $2 million in the first couple months,” he said. “Like the outpouring of support that came for the Notre Dame Cathedral in Paris when they had a fire there, we’ve seen that same incredible showing of support from British Columbians and other people around the world who really understand the value of protecting beautiful places.

That said, Day said there is still work to do, and is urging the public to help with the final fundraising push.

If the sale goes through, the Foundation plans to transfer the land to BC Parks for conversion into a Class A Provincial Park which will ensure its protection moving forward.

“We ask you, fellow British Columbians, to join us in creating a legacy and protecting this land, forever,” Day said.

The Foundation said that the land’s future is “uncertain,” claiming that “any development in the area would be detrimental.”

“Our Foundation is on a mission to create the best parks system in the world, in part by protecting and passing along the beauty and nature our incredible province holds,” Day said.

“By protecting Princess Louisa Inlet, we will ensure future British Columbians will get to explore and experience this extraordinary area the same way we can today.”

There may also be an opportunity to bundle the three lots with adjoining Crown lands, properties with conservation covenants and the existing Princess Louisa Marine Provincial Park to create 9,000 hectares of connected land.

The Foundation says that along with marine protections, Princess Louisa would be safeguarded from mountain top to ocean floor.

For more information on the campaign, visit bcparksfoundation.ca.