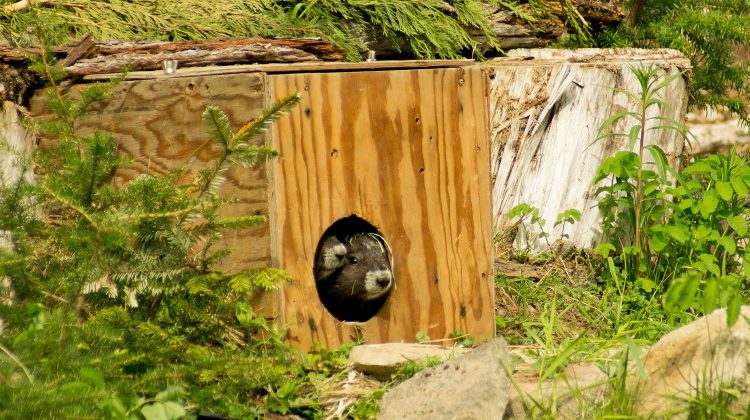 MOUNT WASHINGTON, B.C. – ‘Ezekiel’ and ‘Ernest’ are now in the Vancouver Island wild.

The one-year-old marmots, who were born at the Toronto Zoo, were released at Mount Washington yesterday.

Foundation executive director Adam Taylor said they are among the 18 zoo-born marmots that will be released this summer.

Taylor said marmots are typically released at a year old.

“The research that we’ve done seems to indicate that that’s the best age to release them to maximize their chances of being able to survive in the wild.”

“It’s an easy spot for us because it’s really accessible and from a marmot’s perspective, it is a very safe place for marmots to live,” he said. 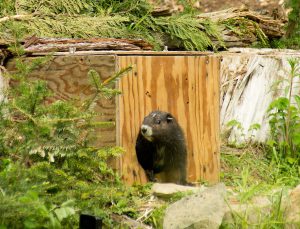 Two marmots were released at Mount Washington yesterday.(supplied by the Marmot Recovery Foundation)

Mount Washington’s habitat is best suited for marmots, as the amount of human activity on the mountain tends to scare off predators like cougars and wolves.

People, in turn, scare marmots which Taylor said is actually good for the animals.

“It allows the marmots to learn how to react to predators in an environment where they actually fairly safe,” he said.

The foundation is using a study that looks into whether Mount Washington can be used to help recover colonies in wild areas where they face real threats from predators.

“What we’ve found is if we release marmots to Mount Washington for a year, they learn the ropes. They learn how to avoid predators, they learn how to put on weight, how to hibernate. And then we can go back a year later and capture those marmots and… move them to more remote spots where the challenges the marmots face are a little bit higher.”

The plan for the two newly released marmots would be to locate them to another part of Strathcona Park.

Taylor said the other marmots will be released to areas in the Nanaimo Lakes.

“We’re in the process of selecting release sites right now,” he added. “Each site is selected pretty carefully to determine how the marmots that we are releasing there will have the biggest possible impact on the recovery of the species.”

Marmots are one of the largest members of the squirrel family and are about the size of a large house cat.

Vancouver Island marmots are the most endangered mammal in Canada.