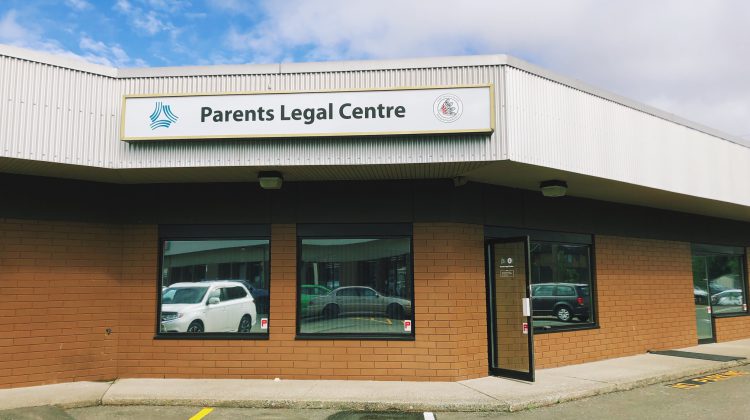 The centre started taking clients around January but has now officially opened its doors to families from Courtenay, Campbell River, and Port Hardy.

The centre is operated by the Legal Services Society, which has other Parents Legal Centres across the province.

The goal of the centre is to provide parents with help when a child is at risk of being removed from the family or has already been taken into care because of safety concerns.

Roughly 60 per cent of children in government care are Indigenous, which is why the centre aims to focus on helping Indigenous families, though anyone can access the services.

Elders from the Homalco Nation, We Wai Kai Nation and Wei Wai Kum Nation attended the opening and participated in blessing the building.

June Johnson is a We Wai Kai Nation elder and she says it’s important to have organizations that work with First Nations to keep Indigenous culture in their children’s lives.

She adds that it also helps families settle issues in a culturally safe and mindful environment.

Samantha Webster is the centre’s Aboriginal Community Legal Worker. She says she helps families understand the legal procedures. She also helps them get connected to the community resources they need to have their child return to them.

She says the centre helps parents connect to other services in the community including counselling, treatment, and anything else that social workers may require them to do in order to get a child back.

“Whatever it is that they need, I reach out to community resources and make that connection (for them).”

“We try to facilitate strong relationships with community services in Campbell River, Port Hardy and Courtenay so we can connect the clients if they need it. If they need to leave an abusive relationship, we know we have connections at Rose Harbour and take them over there.”

The Parents Legal Centre is at 870D-13th Avenue in Campbell River.