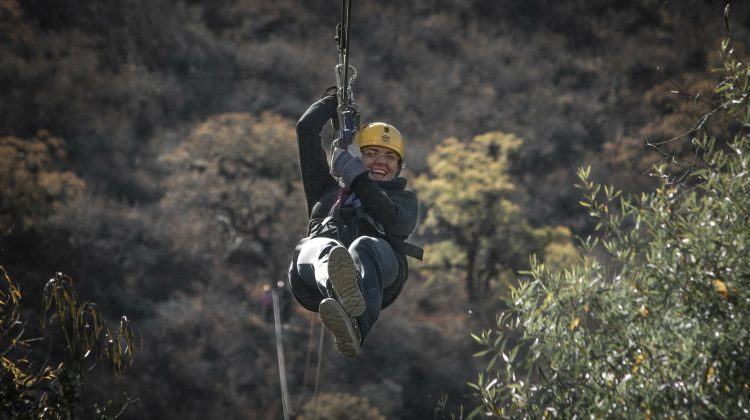 An individual goes down a zipline. (Sebastian Del Val, Pixabay)

The longest and steepest zipline on the island is near completion.

Once open, those who dare will find it at Mount Washington Alpine Resort.

Despite the wet start to July, crews were still able to work on the line. They were testing parts of the line late last week.

When finished, the line will be 2.3 kilometres long with speeds near 100 kilometres per hour and a drop of 415 metres. According to other media reports, the whole line will include four spans with two cables side by side.

The first span goes from the top of Mount Washington and down to the little Mount Washington. The next three travel down the mountain over the treetops, ending at the resort’s snow building.

The two bottom lines will open this summer, but there is no word yet when this season it will be.