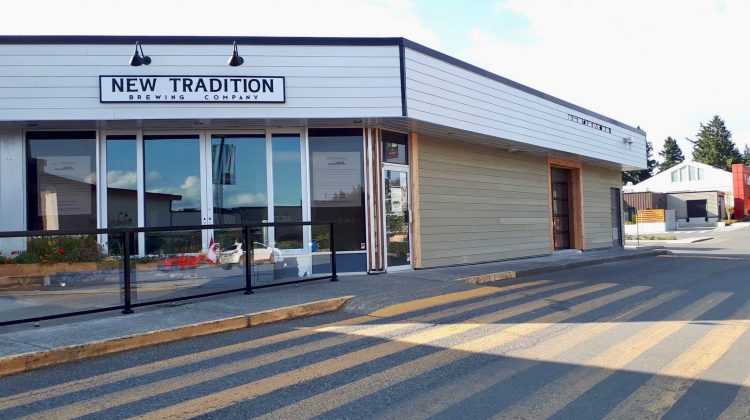 It’s official: Comox’s newest craft brewery will open in under a month’s time.

He teamed up with brewer Pat Savard about three years ago and the two saw an opportunity in the burgeoning craft beer market.

They spent about a year looking for a location and found one at the mall.

“Comox had a bit of a gap at the time,” Jolley said. “We found a nice space right in the centre that we thought would be a nice space for us. One of the things that appealed was the view from where we are, and we get a bit of an ocean and mountain view. We’re just up the way from Marina Park.

The Savard family has been brewing beer for generations.

Four generations of Savards have been brewing or distilling since the prohibition era.

Recipes have been handed down from one generation to the next.

Jolly said Savard has wanted to brew beer for years.

“The dream is real for him and obviously his wife is stoked for him to be able to brew on a system that he specked out in a brewery that he partly owns,” Jolley said.

“The first one is to just brew the best beer we can. Secondly, be involved in the community. And third is try and be just be (as) responsible environmentally as we can. Re-use thing, don’t throw too much rubbish away, that sort of thing. We wanted to put our stamp on how we think things should be done in the future and work towards that.”

Once the brewery gets up to full speed, it will have eight beers on tap including four regulars and four rotating flavours.

Tasting flights will also be available and there will be a small selection of food highlighted Australian meat pies which Jolley says “will pair really well with the beer.”

“We’re really keen on doing everything ourselves if we can, so we’ve pretty much done most of the build ourselves, getting specialists in where we need their help,” Jolley said. “It’s so exciting.”