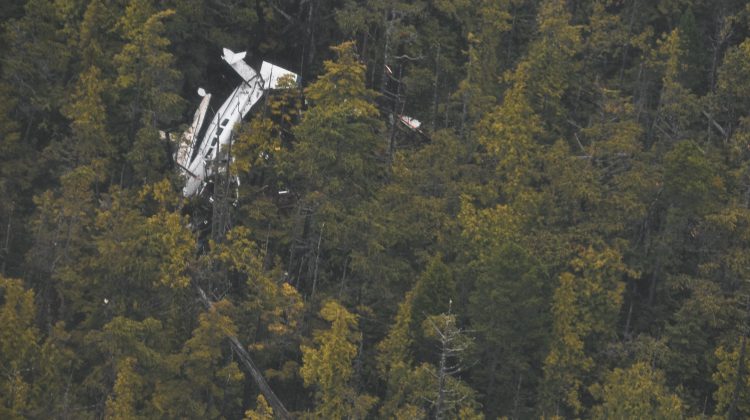 ALEXANDRA.HEJDUK@forces.gc.ca Attachments Mon, Jul 29, 3:44 PM (2 days ago) to mePhoto of crash site on Addenbroke Island taken from CC-115 Buffalo. (Supplied by the 442 Transport and Rescue Squadron)

Members of a Comox-based squadron are sharing their experience about a rescue mission north of Port Hardy.

Last Friday’s rescue of five survivors of a plane crash north of Port Hardy involved a squadron from 19 Wing Comox.

The 442 Transport and Rescue Squadron took part in the mission.

The crash happened near the small island of Addenbroke. Nine people were on board the small aircraft operated by Vancouver-based Seair Seaplanes.

The rescue involved 13 team members aboard a Cormorant helicopter and Buffalo fixed-wing airplane.

Six members were aboard the Cormorant and seven were on the airplane.

Assisting in the operation was a Canadian Coast Guard medic, and three volunteers, two of whom were doctors, They said the support of those people was also very valuable.

En route to the crash scene, the Buffalo airplane encountered rough weather which delayed its arrival by roughly 15 minutes.

“We were chasing the weather around,” Clavette said. “The helicopter took off just ahead of us and then we passed them on the way there.” 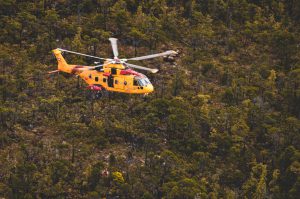 Photo of SAR technician being hoisted down from CH-149 Cormorant. Taken from CC-115 Buffalo. (Supplied by 442 Transport and Rescue Squadron)

A Coast Guard helicopter was already hovering above the crash site when the local aircraft arrived.

The survivors were hoisted onto the Cormorant.

“We got on scene, the team leader aboard the Cormorant had a look at the scene and picked a location that we could hoist into, that was far enough from the crash site that it wasn’t going to disturb the crash site and potentially cause more injuries,” Donley said. “And also an area that’s safe enough for us to hoist into that’s clear of debris and trees and stuff.” 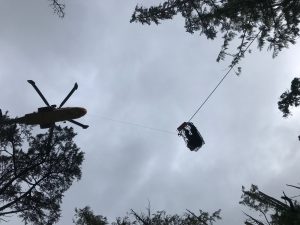 Photo of patient being hoisted up to CH-149 Cormorant. (Supplied by 442 Transport and Rescue Squadron)

The three Search and Rescue techs, including Donley,  started providing first-aid to the survivors.

“We realized we needed more hands-on,” Donley said. “That’s when the team lead called for assistance from the Buffalo.”

“It was a lot of work to get the patients moved far enough away from the crash site that it was safe enough to hoist them, so the Buffalo crew brought in stretchers and more gear and a chainsaw,” Donley said.

That helicopterthen  took them to a place near the crash site where they were able to hike in and assist in the extraction of the patients.

Clavette said the injuries varied among the survivors. He added that one “didn’t have a scratch on him at all.”

It was an emotional experience for everyone involved.

“It was a really tough scene to work from, dealing with the patients and stuff like that,” he said. “To move them around and get them ready for extraction. They’re emotional, too.”

“It was quite the tragedy and pretty straining emotionally but from our perspective, the rescue went very smoothly and I don’t think it could have gone better for us. We were able to get all of the survivors off scene.”