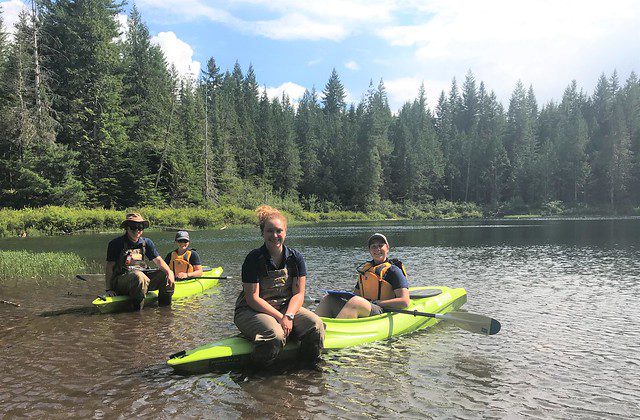 Some of the volunteers monitoring western toads from Alice Lake Provincial Park. (Province of British Columbia)

This is why BC Parks is partnering with volunteers to monitor the toads.

Volunteers have been conducting surveys once or twice a week since breeding season began in April.

The province says the goal is to compile data throughout the toad’s breeding cycle and find out when they are close to migration.

This way, BC Parks can notify the public of potential toadlet routes and close portions of trails if necessary.

Because of its declining numbers, the western toad is now designated as a federal species of special concern. Researchers believe loss of habitat and climate change are contributing to the population decline.

The western toad can be found throughout BC, western Alberta, parts of the Yukon and the Northwest Territories.

BC Parks has identified some problem areas for toadlet-human interaction throughout the province, and has installed mitigation measures in some parks, including boardwalks and wood fences to direct toadlets to safety.

Some of the monitoring work is happening at Alice Lake Provincial Park in Squamish. Data gathered from there will be shared with other western toad hotspots.

For more information on the western toad monitoring project, visit the project’s site.