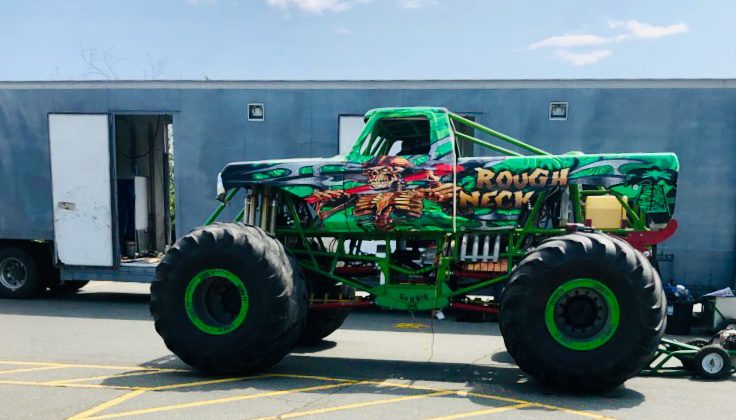 Jason Court brought his monster truck, Roughneck, to town this weekend for a two-day show at Saratoga Speedway. (supplied by Jason Court)

It should be a roaring good time at Saratoga Speedway.

Monster trucks will take over the track Saturday and Sunday night.

Jason Court brought ‘Roughneck’ to the island from Edson, Alberta.

Based on Court’s description, Roughneck is one powerful ride.

Court said it will be a show of monstrous proportions.

“You can expect to see lots of monster truck action,” he said. “Some wheelies, some donuts, some big air, there’s crash to pass, Hornet cars, figure-eight racing, Mad Max, some motorcycle stunt riders… all kinds of fun.”

He added that there are a lot of ‘wow’ factors in watching monster trucks.

“A lot of fans just like to see trucks fly through the air, or crush cars,” he said. “There are three school buses lined up so there’s going to be some big air.”

Saratoga Speedway is at 2380 Macaulay Road in Black Creek.