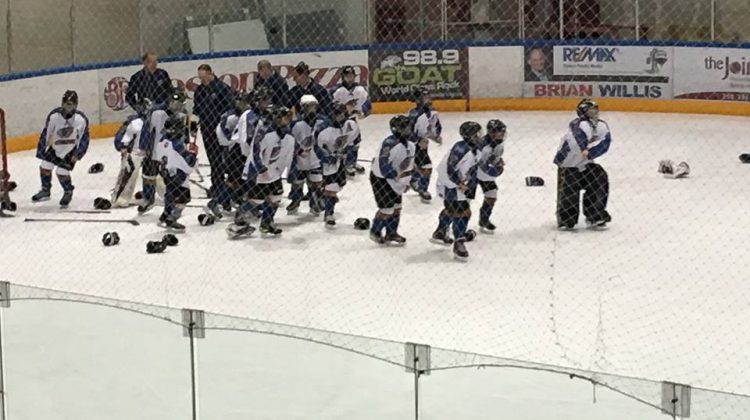 The Comox Valley Minor Hockey Association is hosting a contest for new players.

It wants to provide one initiation level boy and girl player with a full set of equipment for the upcoming hockey season.

Assistant to the Second Vice-President, Trevor Pritoula says the organization is trying to eliminate the stigma that hockey is expensive for new players.

“Hockey has traditionally been very expensive however you can do things affordably, so we’re just trying to draw attention to the fact that it is a tangible sport for kids to play.”

The contest is open to all initiation level players(both male and female) who register before August 15th at 5:30pm.

Pritoula says the CVMHA is hoping the contest can help boost numbers because they’ve seen a decline in the amount of new players in the valley lately.

The money for the contest has been donated by an individual and Happy’s Source for Sports.

The draw for the equipment will take place on August 16th.

To learn more about the CVMHA, or to get a registration form visit their website here.