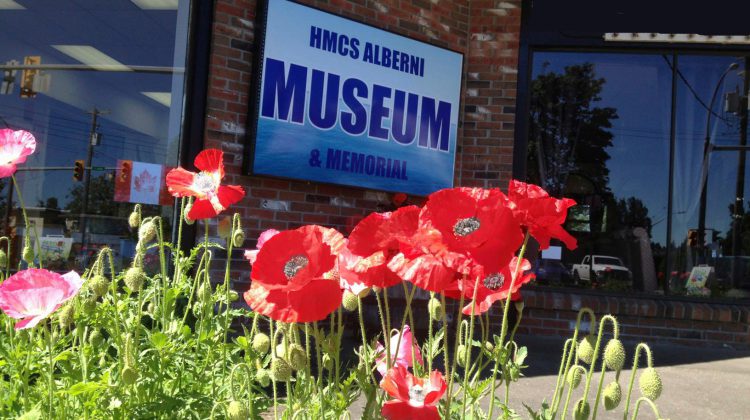 The HMCS Alberni Museum and Memorial (HAMM) is hosting a remembrance bell ceremony to mark the 75th anniversary of the ship’s sinking.

To honour the 59 crewmen who were killed, HAMM will present a ceremony of honour and the tolling of its Remembrance Bell 59 times beginning at noon on August 21st. The museum and memorial will be open on that day from 10:00am – 5:00pm.

Volunteers can sign up to read a name and ring the bell by visiting the museum in person at 625 Cliffe Avenue or by calling 250-897-4611. HAMM experienced flooding in July and the main building will be closed for repairs so the ceremony will be conducted in the main corridor of the museum instead.

The Alberni memorial wall inside the main area will be made available to the public, and a small reception will be held in the temporary offices and exhibit space located across the hall.

Alberni was a Flower-class corvette that was sunk on August 21st, 1944 in the English Channel while escorting a convoy. She was the first ship sunk by an experimental German submarine, U-480, which is believed by many to be the world’s first stealth submarine. Alberni slipped below the water in less than a minute after she was torpedoed. Of her 85 crew, 59 lost their lives.

You can help out with the repair efforts at the HMCS Alberni Museum and Memorial by making a donation at its GoFundMe page. The museum is hoping to raise at least $10,000 to cover the damages.