Call for ideas on train station 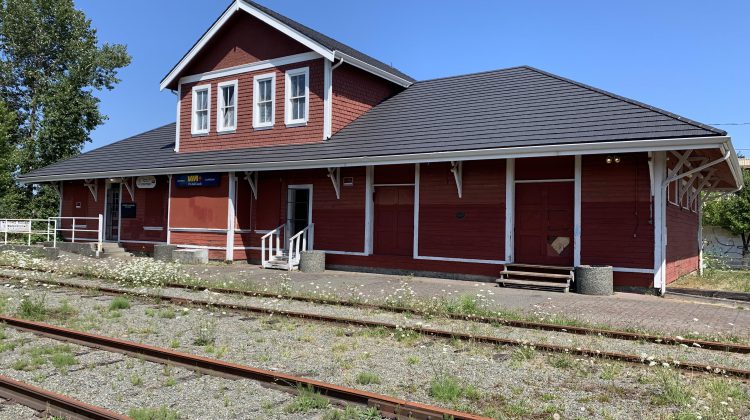 You can have your say about the future of the Courtenay train station.

With support from the K’ómoks First Nation and the City of Courtenay, the Island Corridor Foundation is welcoming ideas on the restoration and future use of the station.

The foundation’s manager of corridor development, Andrea Thomas, noted that the station has been sitting unused for quite a few years, now.

“The roof has been redone, and there are new windows to go in the building but we’re looking for a call for ideas for community use. And hopefully who is awarded the proposal can come up with some great fundraising ideas because the capital required to upgrade the station will probably be around a million dollars,” Thomas said.

The station was given heritage status by the city in 2002.

Thomas said there are historical train stations scattered around the island and most of them are being used for other purposes.

“There are a pub and coffee shop at the train station in Nanaimo, the Parksville station is a not-for-profit pottery company, the Duncan train station is a train museum, the Qualicum station is an incubator/network hub area, so there are lots of different uses for all the different stations but the Courtenay and Ladysmith stations are the two that are not being utilized right now,” she said.

“So we want to put it out to the communities and let the communities sort of decide what they would like to see them used for because they are beautiful, historical buildings that could be put to use.”

Ideas may be bold and inventive but supported by a strong plan for implementation.

There are three ways to get involved:

There are two formats that proponents can use: Big ideas and full proposals. Big ideas can be emailed to [email protected] with the subject line Courtenay Station_(Your Idea Title).

No particular format is needed as the foundation would like to capture your vision in the way you’d best present it.

In terms of a presentation, along with a brief application form, you must include a one-page summary that details the project idea, development of the project, any relevant precedents, and the overall project model.

The summary should demonstrate the project’s relevance to your organization’s community.

Completed project proposals should include the following materials:

Project applications may be submitted via email.