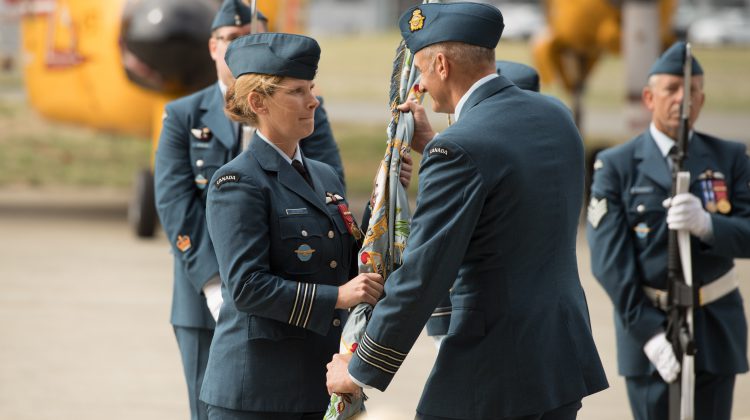 There is a new officer in charge of the 442 Transport and Rescue Squadron.

She takes the reins from Lieutenant-Colonel Bryn Elliott.

The squadron is made up of more than 200 personnel whose primary role is to provide search-and-rescue operations along the west coast of Canada.

As commanding officer, Stevens will be leading and guiding the squadron members.

This is a homecoming of sorts for Stevens, who has served in the military for more than two decades.

“I don’t think I’ve stopped smiling since I found out that I was coming back to Comox,” she said. “I did my very first posting in the military here at 442 Squadron and I was here nine years ago as well for my flying supervisor posting. So to return to 442 Squadron and serve the Canadians on the west coast of Canada and in the Yukon is truly an incredible honour.”

After deployments in Winnipeg and Halifax, Stevens was thrilled to come back to the valley.

“My heart has always been here,” she said. “It’s truly a personal and professional dream come true to actually return to Comox.” 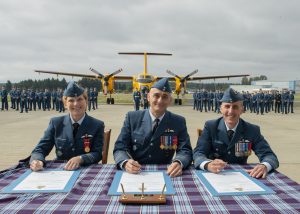 While roughly 80 of the Squadron’s 200 personnel are aircrew trades, including pilots, navigators, flight engineers, and search and rescue technicians (SAR Techs), the majority are maintenance personnel, charged with keeping the fleet of 11 aircraft at peak operational readiness.

Stevens is looking forward to the challenge.

“Over the past two weeks I’ve had the opportunity to meet the personnel on the squadron here at 442 as well as the 19 Wing members and a number of personnel and members of the community and everybody I’ve met is extremely nice,” she said.

“The folks here at the squadron are trained very well and are extremely professional, so I’m looking forward to working with them (and) providing them (with) support. Every day they are out flying, conducting search and rescue missions. They had a really significant one a couple of weeks ago off of Addenbroke (Island). Just a great rescue so I’m honoured, pleased, and looking forward to the next few years with them.”

Stevens was referring to the rescue of the five survivors of the plane crash north of Port Hardy.