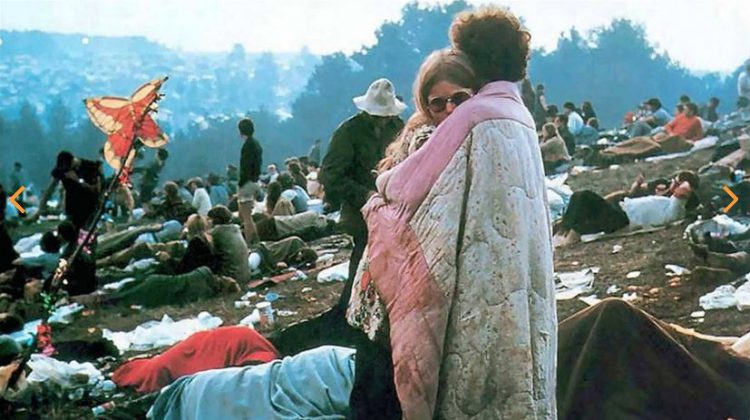 This historic photo taken by Burk Uzzle shows a man hugging a woman at the Woodstock festival in 1969. (supplied by Burk Uzzle)

A Comox Valley woman says she is in one of the most famous photos in pop culture history.

The picture taken by Burk Uzzle shows a man hugging a woman at the Woodstock festival in 1969. They’re wrapped in a blanket with a backdrop of young festival-goers lying on a muddy floor.

Jessie Kerr was 20 years old at the time. She is now a 70-year-old retired teacher who has lived in the valley for the past 40 years.

She added, “I remember him taking the picture of us. It had been pouring rain, we were soaking wet, and we picked this blanket up, it didn’t belong to us, off the ground. And we wrapped it around us. We were just standing there when he took the picture. And that was it.”

This weekend marks the 50th anniversary of a festival in Bethel, New York and featured peace and love, Jimi Hendrix, Janis Joplin, Joan Baez, The Who, and Jefferson Airplane, among others.

She says she was hugging her friend John, a Bostonian who she met in Montreal.

Kerr took a circuitous route to Woodstock. She hitchhiked from Vancouver to Montreal with her French-Canadian friend. An American serviceman were talked into giving them a ride most the way.

That’s where she met John.

They went to Woodstock with $40 between the two of them.

From there on, it was just music.

“It was incredible. And there was rain, and mud and all these nice people feeding us food, we didn’t know who they were we didn’t have to pay for food. And dancing and singing along and just hanging out with thousands of people.” 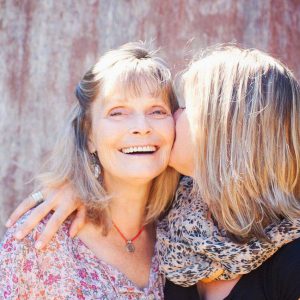 Kerr said when the organizers “figured out that they weren’t going to make any money, they just made an announcement that it was free and it didn’t matter if you had a ticket or not.”

Woodstock had its problems. A heavy downpour turned the ground into a mudpit.

But Kerr said the people there were happy despite being drenched and dirty.

In a retrospective published in Life Magazine, an American couple claimed that they were the ones in the photo.

Kerr is adamant that their claim is false.

“I wrote Life Magazine and I said, ‘Look: this is me, this is what I’m wearing, nobody else could have worn this because I made it and my mother helped me make it, and those are my sunglasses. They were unique.”

Today, Kerr a yoga instructor. She says she has been married for years, with three adult children and four grandchildren.