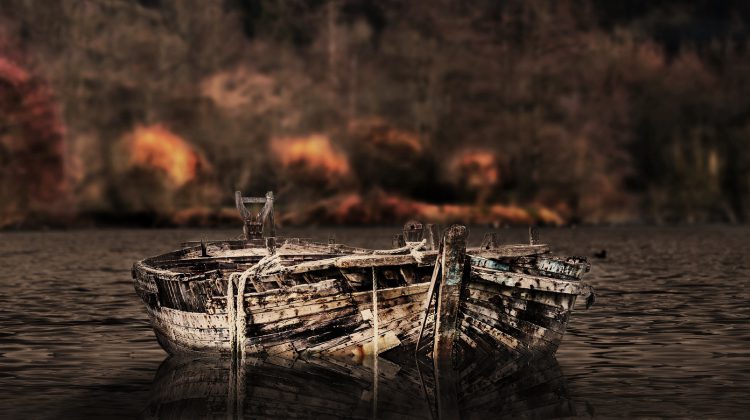 Abandoned boats along BC's coast is a recurring problem, and the province is looking for ways to address it. (S. Hermann & F. Richter, PIxabay)

Abandoned boats are a recurring problem along BC’s coast.

John Roe is the leader of the Dead Boat Disposal Society. He says the abandoned boats he sees are generally filled with garbage.

“There is nothing we haven’t pulled out of these boats and off the beaches over the years. They are full of everything you could possibly imagine,” Roe said.

The society has hauled more than 60 boats out of the water. The public notifies the society about abandoned boats and it then determines how long the boat has been in the water and if it’s actually abandoned.

Roe adds most of the boats they’ve surveyed have either sunk or smashed up on the beach and are slowly polluting the environment.

If the boat’s owner can’t be identified, the society has to issue a 30-day notice and go through Transport Canada to make an application for removal, which can take up to 100 days.

Roe says the federal government has identified about 1, 400 abandoned vessels along BC’s coast. He says he can add another thousand to that list.

The province is looking for ways to stop boats from being abandoned. It’s also looking for recycling solutions to keep salvaged marine debris out of landfills.

Malcolmson will make recommendations for a provincial action plan in coordination with the federal government.

Suggestions from the community can be sent to MarineSpecialAdvisor@gov.bc.ca.