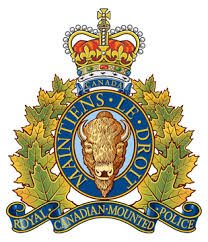 This past Saturday at approximately 9 pm, Texada Island RCMP responded to a report of a disturbance and shots fired off at a home in the 2000 block of Gillies Bay Road.

Reports suggested that following a dispute between a male and female, the male left the residence and returned a short time later with a shotgun, discharging at least two shots.

Additional officers were requested from Powell River, but prior to their arrival officers on scene encountered the male in possession of a shotgun.

The male was arrested without incident. A female located on scene was taken by Ambulance to Powell River General Hospital where she was treated for injuries to her face and later released.

A second male on scene was taken by Air Ambulance to Vancouver with significant head injuries. He remains in hospital in stable condition. Police say none of the injuries were the result of guns shots but were the result of an assault.

Randall Colin Fleet, 54, remains in custody and is scheduled to appear in Powell River Provincial Court on Wednesday, February 18th on a number of assault and weapons related offences.

The investigation is ongoing.