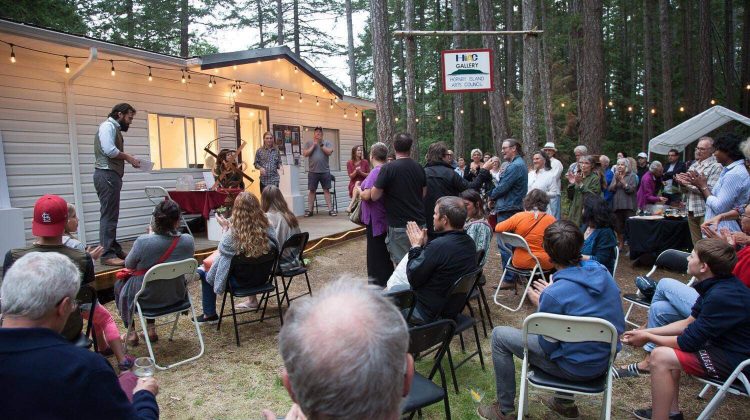 CVRD Area A director Daniel Arbour says Hornby Island has been an arts community for the last 50 years. (supplied by Daniel Arbour)

The Hornby Island Arts Centre is a step closer to reality.

Hornby Island Arts Council executive director Andrew Mark said the project is in its final stages of preparedness and could be built in two years time.

This week, the Comox Valley Regional District indicated its support for the future centre.

Its board of directors also authorized a transfer of $175,000 from the Community Works Funding Grant towards the project.

CVRD Area A director Daniel Arbour said the centre has been 20 years in the making and is a perfect fit for Hornby Island.

“Hornby is a bit of an arts community (and) it has been for the last 50 years,” he said. “When we did an employment study at one point we found that arts was actually the greatest amount of people employed, were naming arts as part of their income.”

Arbour said the island needs a “proper home for expositions and things like that.”

The price tag of the building will come in at around $1 million, Arbour said.

Meanwhile, Mark thanked electoral area directors, Edwin Grieve (Chair), Arzeena Hamir, and Arbour for “thoroughly vetting the merits of our project, weighing its opportunity costs, and having the vision to see what it has to offer Hornby Island, Denman Island, and the entire region.”

He said the project is taking shape thanks to support ranging from grass-roots institutions to the federal government, a secure site and considered design, and “significant leveraging capacity.”

“That means that these Community Works Funds that the Hornby Island Arts Council has been approved to use by the CVRD, collected at the federal level from gas taxes and designated for local infrastructure priorities, stand to be matched six to eight fold: We have the funding we have raised over two decades from significant donations including the sacrifices of artists putting up their works for auction,” Mark said.

He promised more good news on the way, with “positive responses from other large funders.”

Mark said the council has struggled for a long time to see secure funds meet design and vice versa.

“What is most exciting to share now is that we are absolutely confident that an Arts Centre will be constructed in the coming two years,” Mark said.

Next up is a look at the final design, what interior needs will be, and news about final pending applications and fundraising activities.