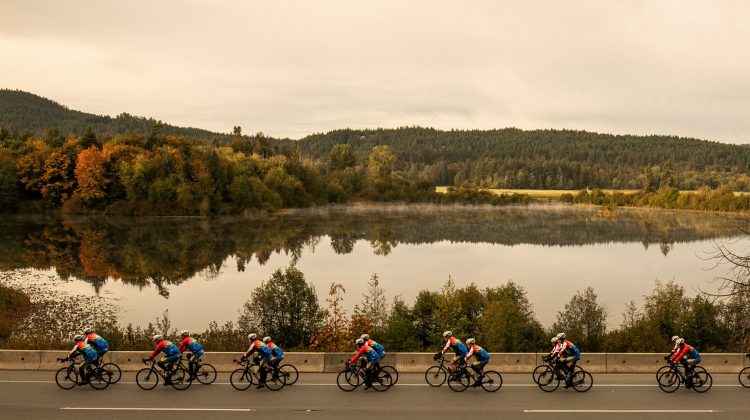 Photo of the 2018 Tour de Rock(Supplied by The Canadian Cancer Society/Facebook).

The Cops for Cancer Tour de Rock is taking place this month, and the team is getting ready.

The annual event is a 1,000 kilometer bike ride across Vancouver Island to raise money for cancer research.

It starts in Port Alice on September 21st and will end in Victoria on the 4th of October.

Spokesperson for the Canadian Cancer Society, Georgia Hennessy Jackson says the event is a huge contributor to cancer research every year.

“At the Canadian Cancer Society, we believe that one kid with cancer is one too many, and that’s why we are the largest national charitable fund of childhood cancer research in Canada,” said Jackson.

“80 percent of the money raised by Tour de Rock goes towards funding that research and then the remainder goes to support services.”

She also encourages members of each community to show their support for the team as they travel down the island.

“We would love to see people out supporting the team along the way. They’ve been training for months, three times a week. They’ve been fundraising, the community across the island have rallied behind them, and we always need to do more,” Jackson added.

The 20 person team of military police, RCMP members, media personnel, and firefighters from different communities on the island has been training since the beginning of March.

The team raised $1.2 million last year and Jackson says the goal this year is to hit $1.3 million.

Since the first event back in 1998, the event has raised a total of $25 million for pediatric cancer research and support programs.

If you would like to donate, or learn more information on the riders and team, visit the Tour de Rock website here.