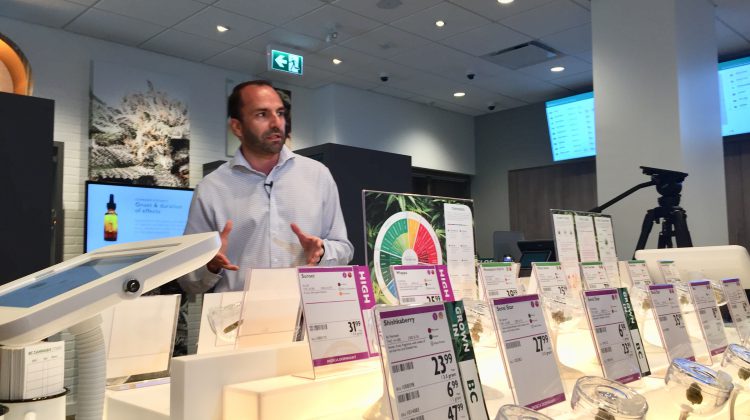 Today’s opening of a government-run store at the Superstore shopping centre in Courtenay is a history maker. It’s the first of its kind to open in the city.

People on central Vancouver Island now have three recreational cannabis stores to choose from. There are now two government-run stores on the central island, after one opened July 31st at the Harbour Discovery Centre in Campbell River. City Cannabis opened a private store at the Comox Mall last month.

Overall, there are five government stores open in B.C. including two in Kamloops, and one in Cranbrook. The next one to open its doors is in Port Alberni on September 11th.

“We’ve been looking at communities and working with municipalities across the province to identify locations where we are able to establish a B.C. cannabis store, and the municipality of Courtenay was very helpful and we’ve been able to get our store up and running.”

Bilney said the community has been really welcoming and the staff are excited to get rolling. She noted that the new store’s design and structure very much resembles the one in Campbell River.

“It’s a bit like when you go to an Apple store: It’s very recognizable in terms of its design and its layout.”

The store is located near the Real Canadian Superstore, Tim Hortons, and other restaurants off of Ryan Road. Regional manager of operations Tyson Muzzillo took media on a tour of the store prior to its 10:00am opening.

Muzzillo said that with any new opening, there are bumps along the road.

“But things for the most part have gone very smoothly.”

Before the end of the year, the government is looking to open 15 to 20 stores across B.C.