No word on injuries after collision in Courtenay 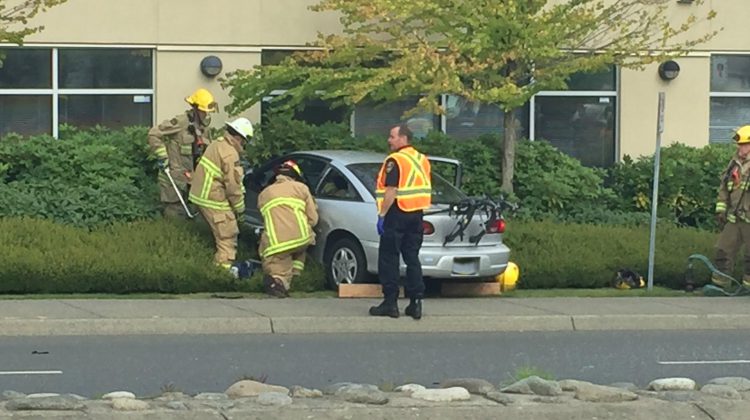 UPDATE: Story has been updated to reflect the fire department’s information

A car hit shrubbery near the Investors Group Building on 17th Street this morning.

A crash involving two vehicles sent the car into the bushes.

“The shrubbery and bushes that were between the sidewalk and the building pretty much prevented her from making contact with it (the building).”

Fire crews had to use the Jaws of Life in order to get the woman who was driving out of the small car.

“She was very alert and was able to communicate with us, which is a good sign, she seemed to be in good spirits when she was transferred by ambulance to the hospital,” said MacDonald.