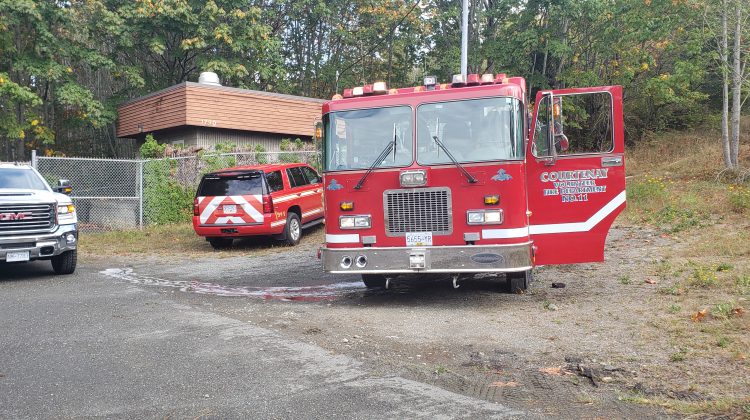 Courtenay Fire Crews were on the scene of a small bush fire near North Island College.(Photo taken by Jon Gauthier, MyComoxValleyNow.com Staff.)

The fire was in the trail network near North Island College along Ryan Road.

Crews were called to the area around 10:00am and Deputy Fire Chief Kurt MacDonald says although it was a small fire, it was caused by a discarded cigarette butt.

He says despite the wet weather, you have to be careful where you throw out your cigarettes.

“Even though we’ve had some rain and some cooler temperatures the bush conditions are still incredibly dry and we just want to remind the public to be careful with their cigarette butts, or if their out in the bush riding their motorbikes because all it takes is a small spark and we could have a serious situation develop.”

MacDonald said crews were able to put out the fire fairly quickly and only a small patch of grass was damaged.