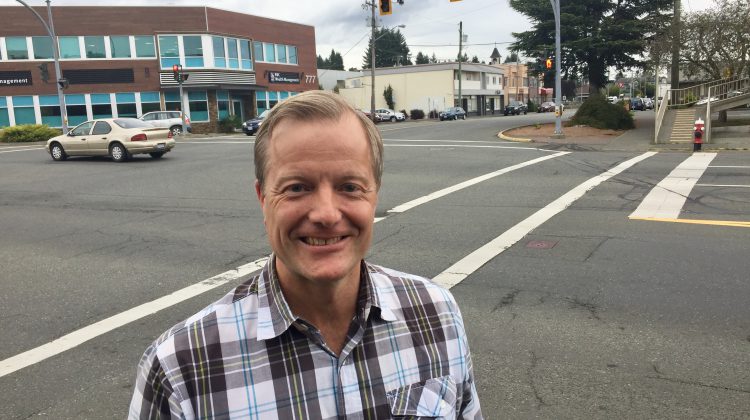 The 2019 federal election campaign is underway.

There are five candidates vying to represent the Courtenay-Alberni riding in parliament.

An issue that’s top of mind for many voters is climate change.

Horner said the Conservative Party believes climate change is real and has a plan in place to fight it.

“We believe that green technology, not taxes, is the most effective way to lower Canada’s and the world’s emissions and meet our commitments to the Paris targets,” he said.

Horner added that one key strategy is significantly tightening emissions for major polluters “versus the Trudeau Liberals.”

He noted that Canada is only responsible for 1.6 percent of the world’s emissions.

“That’s the same amount that China throws off in 21 days. So we feel we really need to get other countries to adopt green technology and promote the great technology that we’ve developed here in Canada.”

Moving on to a national pharmacare plan, Horner said the Conservatives believe that every Canadian should have reasonable access to the health care that they need.

“We’re considering ways to help Canadians better afford the medications, and will have more to say about this when we release our official platform in the next few weeks,” he said.

“Wild salmon is such a big part of our communities here on the island and have so many knock-on effects, whether it’s charter guides, hotels… all the tourism that they benefit from, and they’re iconic here on the west coast,” Horner said.

Horner said the Conservatives also have a plan to when it comes to income inequality.

One step, he said, is cutting taxes.

“We’re also going to eliminate the federal carbon tax which makes everything more expensive for all Canadians.”

An issue that hits close to home for Horner is public safety.

“We want to help the RCMP with new equipment and resources, (and) we want to legislate appropriate sentencing for repeat and prolific offenders who resist rehabilitation and treatment,” Horner said.

“We want to help the province and local municipalities treat the mentally ill and the addicted, and we want to crack down on gangs. We have a series of measures to make our communities safer.”