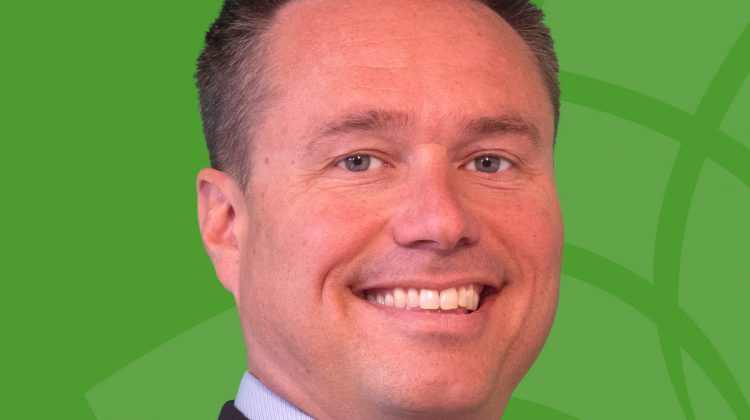 Sean Wood is the Green Party candidate in the Courtenay-Alberni riding. (Supplied by Sean Wood)

That’s because he’s the Green Party candidate in the Courtenay-Alberni riding.

Wood is trying to unseat NDP incumbent Gord Johns. Also running for a seat in the riding is Liberal Jonah Gowans and  Troy Whitley with the People’s Party of Canada.

First and foremost for Wood is the issue of climate change.

“(Leader) Elizabeth May and the Green Party have been working on the climate emergency for easily the longest of any of the major parties,” Wood said.

“We have a policy document called Mission Possible and it sets out 20 specific things that we need to do. No. 1, we need to declare a climate emergency, we need to establish an inner cabinet of all parties and the idea there is that Elizabeth May went back in history and she tried to look at how you can get an entire government to react quickly to things when they need to because in general government tends to act a little bit slower.”

Wood said May followed the lead of Mackenzie King and Winston Churchill when they created a war cabinet.

“So that’s what she would like to see with regards to the environment,” Wood said.

He said the party also wants Canada set stringent new environmental targets, and make sure the nation is a leader in battling climate change.

“Even though we are a small country per capita, we do have quite high greenhouse gas emissions and we need to be leaders,” he said.

Ideally, Wood said, the federal Greens would be part of a minority government and can influence policy.

“Then we can help steer this big ship in the right direction.”

Sticking with the environment, Wood said the Green Party would like to see the elimination of fish farms.

“Aquaculture in Canada right now is mainly done by some multinational corporations in terms of fish farms. We need to get those fish farms out of the water. There are viruses, pesticides, antibiotics that are happening in these open pen net farms,” Wood said.

He said the environmental risks outweigh the benefits.

“While they do provide some employment, the employment that is there is nothing compared to what did have with our wild salmon industry both commercial and sport fishing. I think if we can find money to buy the dead fish from the fish farms, we should definitely be able to find money to retrain people who are employed by fish farms.

Calling wild salmon “a keystone species,” Wood said they need to be built back up to “more sustainable levels.”

Moving on to PharmaCare, Wood said the Greens have an answer to the problem of 7.5 million Canadians not having prescription drug coverage, according to Stats Canada.

“What (former premier) Tommy Douglas did with the NDP, he did a fantastic thing that we’re all proud of and what we all got behind at the time and that was universal healthcare. It’s something we quite proud of as Canadians,” Wood said.

“That needs to be expanded with PharmaCare as well. The Green Party wants to make sure we get that implemented for all Canadians, and we don’t go bankrupt when we go to the hospital and we shouldn’t have to go see a bank before we get our prescriptions.”

On that vein, Wood said day-to-day affordability is a question he hears a lot when chatting with constituents.

Guaranteed livable income is another initiative the Green Party is pursuing, Wood said: “Get people on their feet with a livable income that is given to them, no questions asked. If you are privileged enough to have a good job and don’t need that money then it sorts itself out at tax time. People who don’t need the money, don’t take the money.”

He continued, “but for a lot of other people it (a livable income) really gives them help to pay their bills and get their feet under them.”

Wood said these two initiatives would “help people get on their feet and help them be the productive people in society that they want to be already. Not everyone has started off with the same things that Justin Trudeau or Andrew Scheer did.”

Wood also believes that the Green Party would bring electoral reform to the table.

“Honest leadership is something that we should expect. Our current Prime Minister promised that 2015 would be our last First Past the Post election and I think Canadians deserve a fairer way to elect their government and that in turn would give us a more fair leadership and honest leadership,” Wood said.

“I am running for who I think is the most honest, hard working, caring party leader and that is Elizabeth May and she has been at this for a long time and I think that Canadians deserve a leader like her.”