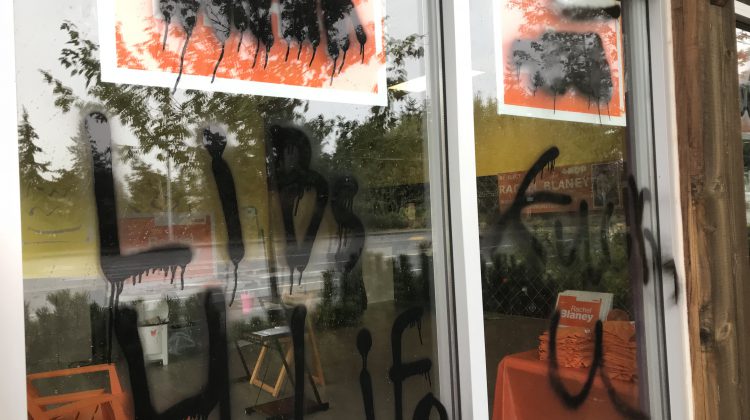 Blaney’s campaign organizer, Kristy Bell says the windows of the office, located just off of Guthrie and Anderton Road, were spray painted and some signs were painted over.

“I was notified by the staff at A&W that our office was vandalized overnight. I went down there and it was covered in red and black spray paint. A lot of hatred was painted on those windows and it was not something you want to wake up to and find happening this early in the campaign.”

She also said that a bunch of people came in to remove the graffiti.

“We had a great group of volunteers that came in right away and turned it into a positive, and that is we are a community and we came together as a community to remove hate.””’

North Island-Powell River Conservative candidate Shelley Downey says the vandalism was uncalled for and she hopes it won’t happen again.

“As politicians who are running in this race for the North-Island Powell River, we’re all out here representing our parties. To be vandalized in this manner is disheartening and we can only hope for better things moving forward.”