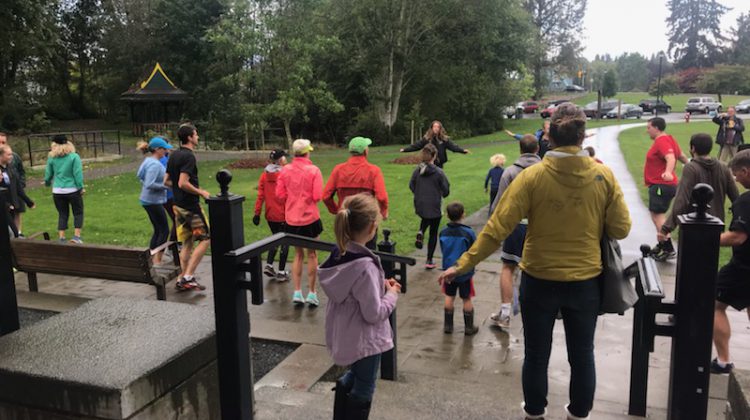 Participants in the Terry Fox Run in the Comox Valley warmed up at Simms Park on Sunday, September 15th, 2019. (Supplied by Regan Jamieson)

One of the organizers of the Comox Valley’s Terry Fox Run is calling it a success.

Regan Jamieson said it was a good day for a fundraiser.

“It sprinkled just a tiny little bit and mostly it held off until the very end,” she said.

Just over 100 people walked a section of the Courtenay Airpark on Sunday, raising $2,885.

Those who opted to do the 10 km route went from Simms Park to Millard Creek and back.

The funds will go to the Terry Fox Foundation, with 79 cents out of every dollar raised going to cancer research.

Jamieson said that as a whole, it was a successful fundraiser.

“The weather held out and we had quite a few return(ing) people come out for the run so it was really smooth.”

Over the past 39 years, nearly $800 million has been raised worldwide.