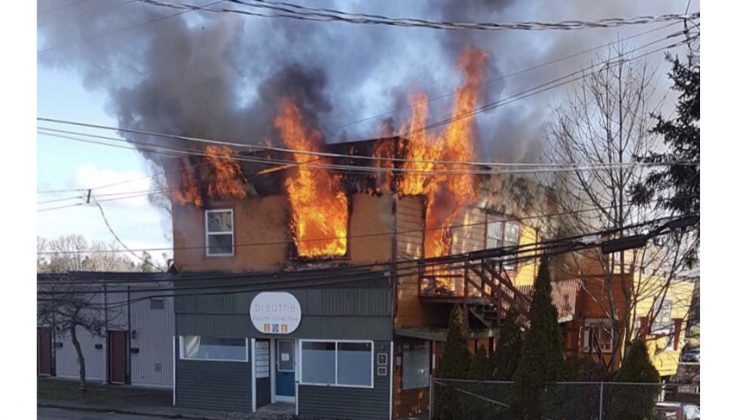 The fire at the Cona Hostel (Supplied by Jessica Lanqvuist)

The man who pleaded guilty to setting the Cona hostel on fire has been sentenced.

CHEK News is reporting Jacob O’Neil will serve nine months. He was sentenced to 18 months less nine for time served.

The judge recommended that the sentence be done at Guthrie House. That’s a program at the Nanaimo Correctional Centre for offenders with addictions. It’s a partnership between B.C. Corrections and the John Howard Society that’s separate from the rest of the centre. The sentence also included three years of probation.

The 21-year-old O’Neil pleaded guilty to arson endangering a life last week. The fire was set in the hostel’s upper floor back in March but crews were able to contain the blaze to that floor.

Nearly two dozen people had to evacuate the building at Anderton and 5th Street, just below the 5th Street bridge, but there were no injuries.