Liberals pledge to get fish farms out of ocean 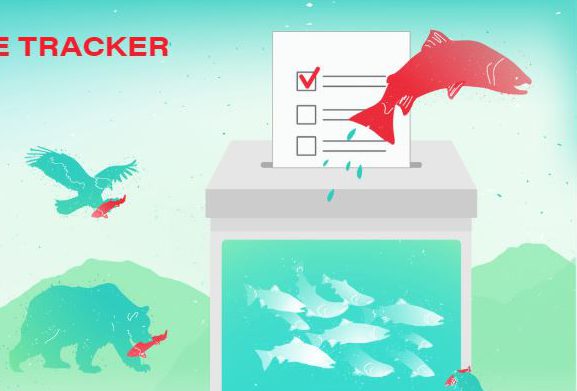 Part of the Liberals’ election platform is a pledge to move the farms to closed containment on land.

It says, “In British Columbia, we will work with the province to develop a responsible plan to transition from open-pen salmon farming in coastal waters to closed containment systems by 2025.”

The lobby group Wild First has the same goal.

It hopes this action “will undoubtedly preserve wild salmon as a keystone species and aid in their survival and that of the wider and vitally important ecosystem that they sustain.”

Wild First has collected pledges from 50 federal candidates, who have acknowledged their commitment to phasing out fish farms in coastal waters.

However, North Island-Powell River Liberal hopeful Peter Schwarzhoff and Courtenay-Alberni Liberal candidate Jonah Gowans have not responded to the pledge.

Local candidates who signed the pledge include the NDP’s Gord Johns and Green Sean Wood in Courtenay-Alberni, and the NDP’s Rachel Blaney and Green Mark de Brujin in North Island-Powell River.