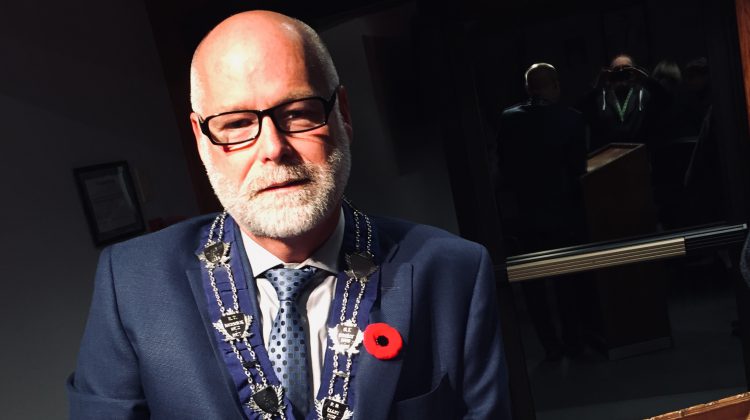 The allegations involving harassment of female high school students were received in an unsigned and anonymous letter.

On Tuesday, Arnott posted on Facebook that “an anonymous writer wrote to the local paper (EDITOR’S NOTE: The Comox Valley Record) stating employees were harassing and following school kids at a local high school.”

“Not one complaint to the Town, none received from the school or the RCMP,” he said in the post.

Arnott said he felt it was time to speak up after seeing and hearing the reports about the allegations.

In an interview with the MyComoxValleyNow.com staff newsroom, Arnott said “it’s a non-starter.”

“There was an anonymous complaint made to the paper and the RCMP have investigated, the Town of Comox has looked into it and nothing has been found, there’s no other complaints that we’re aware of and I think it’s time that people get back to business and let the Town of Comox staff do what they do best and that’s providing excellent services to the citizens of Comox.”

Arnott said this was a blanket complaint against the public works employees.

“The RCMP has looked into this and they haven’t received any credible complaints other than an anonymous letter and again, the Town has investigated this and we need to stand up for our staff. They have done nothing wrong and they are being hurt by this.”

Arnott noted in the Facebook post that the public works employees have had to endure these headlines and are “feeling demoralized.”

“These are the good folks who clear our streets of snow and make sure our infrastructure keeps working to provide us with a safe quality of life. They are our neighbours, (and) they are parents of kids who go to the same school they are accused of harassing behaviour at,” he added in the post.

This, he said, is “unnecessary news that I think that is being hashed out there that really has no place.”

“It’s harmful to the staff and it would be nice to let the folks get back to work.”

The town forwarded the letter to the RCMP, which released the following statement:

“On September 18th, 2019, the Comox Valley RCMP received a report regarding the possible harassment of female high school students within the Town of Comox. Investigators have liaised with the School District and all of the high schools in the area; however, no victims have come forward or have been identified. If anyone feels that they have witnessed, or been victim to any harassment, please call the Comox Valley RCMP.”

Arnott said on Facebook that whether this letter will be found as one of mischief or innocent misguided concern “we probably won’t know.”

“What I do know is that I am proud to have all these employees as members of the Town of Comox staff. I stand by them and support them through this difficult time.”