Cumberland church to be the center of “Beacon Project” 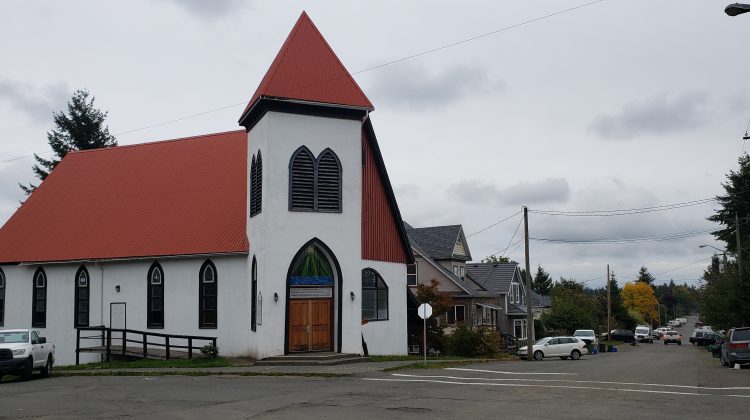 The Beacon Project would keep the original look of the building but add spaces for youth programs, administrative offices, a bigger kitchen and even a rooftop garden. (Photo Taken by Jon Gauthier, MyComoxValleyNow.com Staff)

An initiative brought to Cumberland council Monday night plans to turn the Cumberland church into a universal community hub.

The presentation was lead by Reverend Ingrid Brown of Courtenay’s St. George’s United Church and Ian Kalina with The Boys and Girls Club of Central Vancouver Island.

The two talked about the idea of the Beacon Project, which would turn the church a hotspot for community events and youth programs.

Reverend Brown says St. George’s United decided to purchase the church to keep it community-minded. That was the first step in the process.

“The folks at St.George’s United Church really wanted to make sure that we didn’t lose that space to this community, something that’s been important in this community for so very long, so we recently just voted and purchased the building.”

If the project moves forward the current church at 2688 Penrith Avenue would have a four-story addition.

That add-on would keep the original look of the building but add spaces for youth programs, administrative offices, a bigger kitchen and even a rooftop garden.

Ian Kalina went on to say that the idea is to add potentially “60 new childcare spaces. Those spaces could be a mix of infant/toddler, daycare and out of school care.”

The fourth floor would also include a dedicated space for youth.

Brown also added that in order for the project to move forward, all the communities need to work together.

“In order to pull it off, we all need each other. We’ve got the property, they’re(The Boys and Girls Club Central Vancouver Island) the childcare provider, and we are able to receive the maximum amount of funding if we partner with local municipal governments.”

That funding would come from the provincial government and could be up to $4 million.

Both members of the public and council members seemed pleased with the idea but it will be revisited at the next council meeting on October 15th.