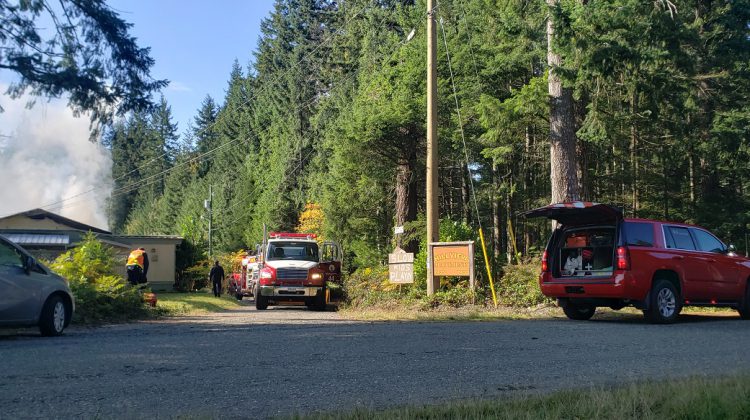 A Cumberland resident wants to help those affected by Tuesday morning’s apartment fire in Merville.

Sarah Cameron has set up a GoFundMe page for the Hillview Apartment tenants.

Cameron says she has a close friend who lived in the building. Her friend is now staying at a nearby hotel with her 12-year-old son since Tuesday.

The page was first set up for her friend but has since grown to include all the other occupants in the eight-unit complex.

“It’s a heartwrenching event that has happened and I just want to be able to help them all out,” Cameron said.

Cameron adds the money raised from the GoFundMe campaign will be given to the families to help them with buying toiletries, clothing, as well as prescription medication for the residents who need them.

She says people have already offered to donate furniture, but she says it’s not the time for that yet.

“They’re still in hotels, so it’s the small things. To get the things that they need like clothing and toiletries until they can find a more permanent situation.”

Cameron says she’s also been researching and looking through housing availabilities to help resettle the residents.

“I have spoken with the manager of the Mariner Apartments. I did see that they’ve got their new apartments that were affected by the flood. I saw an ad that they’re coming up shortly. I do have a meeting with them to see what we can do to help these families.”

“I’m just doing this to help whoever and just whether it be like I said, something as small as getting a tube of toothpaste or getting prescriptions filled. They had to leave everything behind. I’m just trying to give some help.”

She says there is another GoFundMe page that also aims to help the residents displaced by the fire. Cameron says she’s not aware of any other ways to donate currently but if people would like to donate items instead of money, she says they can send her a private message through Facebook.