Two people in stable condition after crash in Union Bay 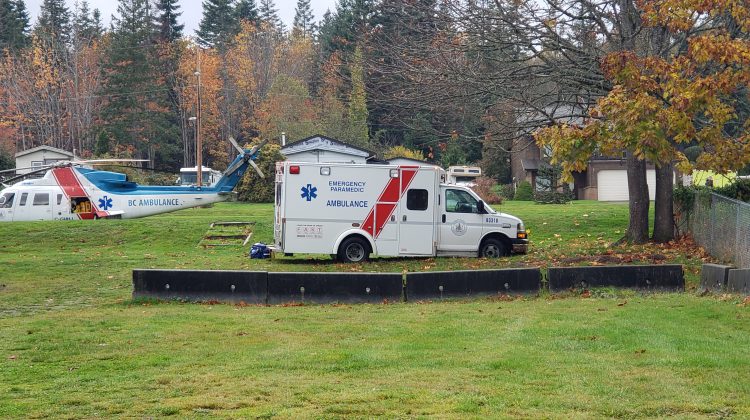 An air ambulance was called in for a single vehicle crash near Union Bay earlier this morning. (Photo taken by Jon Gauthier, MyComoxValleynow.com)

Two people are in stable condition after their car crashed near Union Bay this morning.

Cumberland and Union Bay Fire crews were called to the scene around 11:30am.

There were two people inside the car when the crash happened.

RCMP were also on scene and spokesperson Monika Terragni says “the driver told police he may have fallen asleep at the wheel before the vehicle left the roadway and crashed into a deep ditch.”

Both people inside the car were trapped and had to be removed by emergency personnel.

One person was taken to the hospital by ambulance, and a helicopter was called in for the second.

It landed in the Union Bay Elementary sports field.

The patient did not end up going by air, instead, they were taken by ambulance as well.

The BC Ambulance Service confirmed that both patients are currently in stable condition.