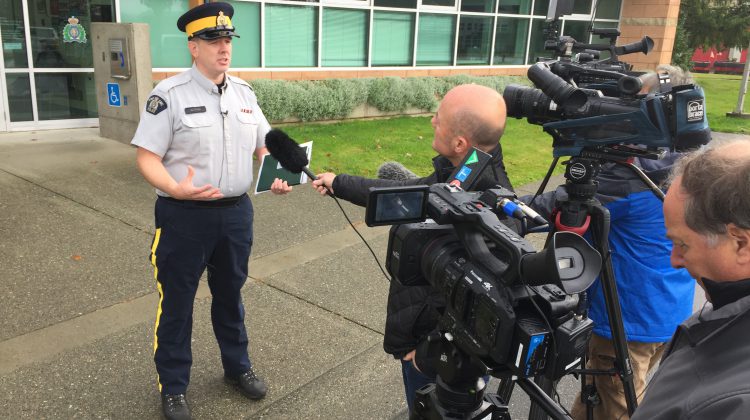 The Campbell River RCMP are treating this morning’s death on a quiet street along the south edge of the city as a homicide.

RCMP responded to a call of shots fired on the quiet street in an Ocean Grove neighbourhood known as ‘Little America’ because the streets are named after U.S. states.

When they arrived, they found a man’s body outside a home at the end of the cul-de-sac.

During a brief press conference outside the RCMP detachment, media liaison Const. Maury Tyre said the investigation is in its early stages and is asking anyone with any information and/or video surveillance to come forward.

Tyre wouldn’t say if the victim lived at the home or not.

He noted that there is currently no reason to believe that neighbourhood residents are in danger.

“If it were so, definitely we’ll reach out to the general public and let them know that,” he said.

Tyre also lashed out at social media reports saying there was more than one body at the scene.

He called it a tragic situation.

“Those are people’s families,” he said.