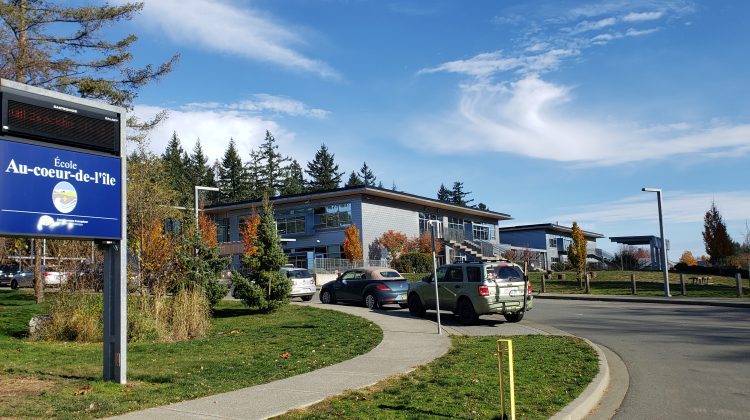 A former Comox teacher has been officially reprimanded by the BC Commissioner for Teacher Regulation.

This comes after she was fired last year for checking boys’ underwear at École Au-cœur-de-l’île. Delphine Yvette Andrea Guerineau was vice-principal of the French school at the time.

In June of 2018, she found feces on a washroom floor as well as soiled boys’ underwear that had been left on a toilet lid. The commissioner’s report says the principal wasn’t in the school at the time. Guerineau wanted to find who had left the mess and so she “stepped in to address the issue.”

First, she ordered the school’s secretary to make an announcement that she’d be going to all the Grade 3 to 6 classrooms for an underwear check. She then went from classroom to classroom and had each student show her their underwear waistband.

Guerineau followed that decision up by having all male students in Grades 7 through 11 line up in the hallway so she could check their underwear as well.

She was put on paid leave two days later while her actions were investigated and was eventually fired on October 1st, 2018 with an effective date of September 17th. The commissioner’s report outlining the official reprimand was released today.

According to the signature, Guerineau signed her copy in Winnipeg, Manitoba, last month. The commissioner, Howard L. Kushner, signed it on October 8th in Vancouver.