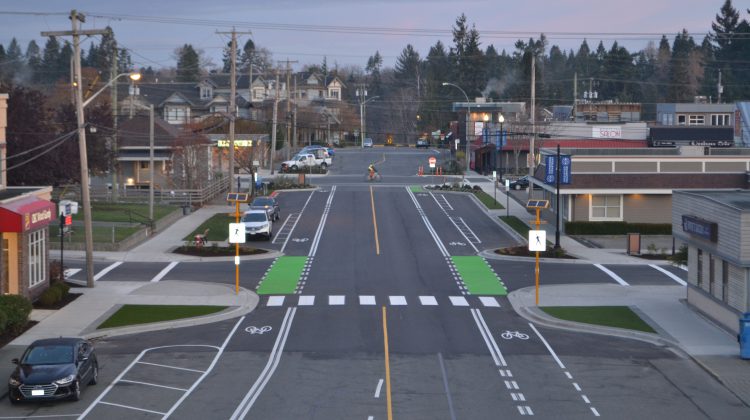 The final upgrades along Fitzgerald Avenue between 5th and 8th Streets.(Photo provided by City of Courtenay)

The city says the project is mostly complete, with new trees being planted either later this fall or next spring.

The city says the second phase of the project extending the Fitzgerald bike lane from 21st to 26th Streets, as well as painted bike lanes on 19th Street, is also complete.

For more information visit the City of Courtenay’s website.

A before and after shot of the upgrades along Fitzgerald Avenue between 5th and 8th Streets.(Photo provided by City of Courtenay)