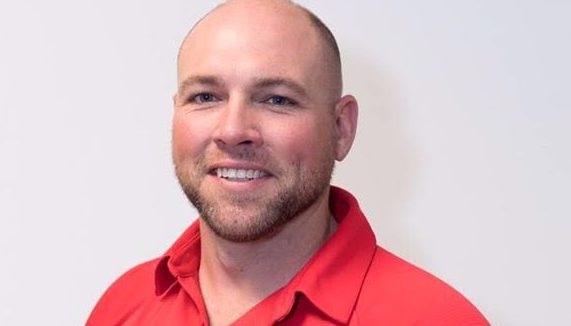 (CUTLINE) Sgt (ret'd) Chris Zizek has been selected to represent Canada at the Invictus Games, The Hague, Netherlands, from May 9-16, 2020. He’ll be competing in rowing, swimming and seated volleyball. (Supplied by Chris Zizek)

It’s shaping up to be an emotional experience, that a retired Canadian Armed Forces sergeant wants to share with his family.

Chris Zizek, 39, from CFB Comox will be representing Team Canada at the Invictus Games.

The road to the Netherlands been long and sometimes bumpy for Zizek, who will compete in rowing, swimming and seated volleyball.

After spending nearly 20 years serving both on home soil and overseas, he was medically released in January due to physical injuries.

“I have really bad hips,” Zizek said. “I got kind of beat up. I was a mechanic in the army as I am doing now as a civilian but it’s a lot of extra weight that I was doing working on the armoured vehicles and heavy equipment so I had some… hip surgeries and just by virtue of what we call universality of services, I was released medically.”

Since then, he has also been officially diagnosed with post traumatic stress disorder (PTSD) stemming from a tour in Afghanistan.

“I’m dealing with both physical injuries and mental injuries that I’m trying to make in a positive spin, now,” Zizek said.

Now, the Campbell River resident is focused on the Games, a multi-day sporting competition for wounded, injured and sick servicemen and women, both serving members and veterans.

“I’ve never been a part of it, (but) I’ve seen lots of it, though,” he said. “I have some people that I’ve served with who have been part of Team Canada in the past and they were the ones who kind of gave me the boot in the butt to be part of this.”

He said that IG2020 and Soldier On provides “more than enough financial support in many aspects of the Invictus Games.”

This includes equipment grants, uniforms, and sponsoring two family members to be part of his journey.

But he wants his entire family including his wife and two young sons to join him in the Netherlands.

Zizek said he wants his family to see first-hand just how inspiring these servicemen and women are, as they compete in the games.

“In the end, what I wanted to get out of this is actually with my family, and show them that as tough as it can be for me, there are other people who are making due with worse off situations, and the only thing you can do is get better from where you are today. ”

A GoFundMe page has been launched so Zizek’s entire family including wife Melissa and sons  Jonathan and Logan can cheer him on.

The link to the GoFundMe is here.

It will raise funds to bring a third family member to the games.

“That way, my wife and my boys can all be part of not only my journey, but all my competitors’ journey to recovery,” Zizek said.

In September, Zizek met his teammates, coaches and the staff from Soldier On during their first training camp.

During the week, his coaches focused on proper techniques for each sport sports.

“The camp gave me a chance to be back in a high performance team atmosphere and promoted ‘Esprit de Corps’ that serving in the military always gave me,” Zizek said.

He said the camp was inspiring.

“I met some great people on my team including people who were missing limbs, some people who are in wheelchairs due to back injuries and everyone has their own story but each one is inspiring in its own way.”