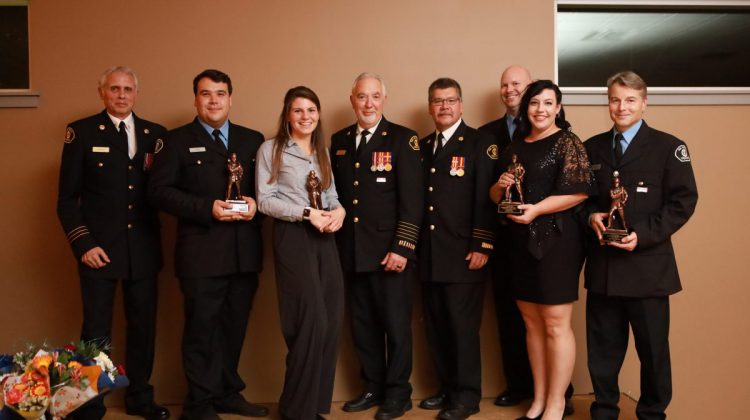 Photo of the award recipients. (Provided by Comox Fire Rescue)

The members are acknowledged for various contributions to the fire department.

Anne Thomas was named Rookie of the Year while firefighter Sacha Scott and Perry Assu were jointly awarded the Firefighter of the Year award.

Comox Fire Chief Gord Schreiner says he is proud of everyone who is a part of the Comox Fire Rescue.

“It takes a very special person to volunteer for anything, let alone to be a firefighter and an even better person to serve for many, many years. We are very demanding of our firefighters and expect a very high level of training and effectiveness from them. We are very, fortunately, here in Comox to have such a great group of firefighters assisting our community in so many ways.”

“Our firefighters are our most important asset. We are a successful organization because of all the great people we have within the organization,” said Schreiner