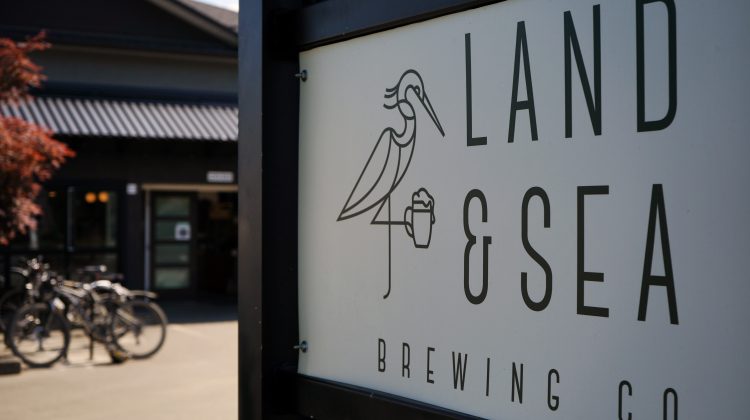 A Comox brewery is raising a glass to celebrate.

Land & Sea Brewing Co. has won the BC Ale Trail’s second annual Best Brewery Experience Award. The brewery has only been open for just under a year.

“We are honoured to have the BC Ale Trail community acknowledge Land & Sea with this award,” says Jason and Hanna Walker, co-owners of Land & Sea Brewing Co. “We are still in our first year of operation and this acknowledgement is a testament to the hard work our entire team puts in every day!” 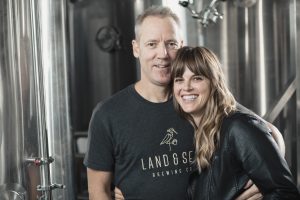 The brewery is named after the Comox Valley’s surrounding landscape.

Head Brewer, Tessa Gabiniewicz, works to incorporate flavours from the region into her beer. A passionate forager, Gabiniewicz uses ingredients like sumac, fenugreek, kelp, grape skins, and elderflower in her brews. She even incorporated 50kg of Carmine Jewel cherries, that were dropped off by a local resident, into a kettle sour.

Land & Sea’s beer is currently available on tap in a few restaurants in Comox and Courtenay, but their long-term plan is to stay small and community-focused, meaning their beer can only be enjoyed by visiting the brewery.

“This award is one of many exciting developments that are putting the Comox Valley on the BC craft beer map,” says Town of Comox Mayor and Member of the Comox Valley Economic Development & Tourism Board, Russ Arnott. “The Town alone has seen two craft breweries come on stream in just the last year, coupled with a new Taphouse, providing a growing depth of experiences to attract craft beer enthusiasts to visit and celebrate the range of beverage producers in the area.”

The brewery is planning a patio area for next summer that is expected to add more than 60 seats to the facility. The 2018 Best Brewery Experience Award was won by Townsite Brewing in Powell River.