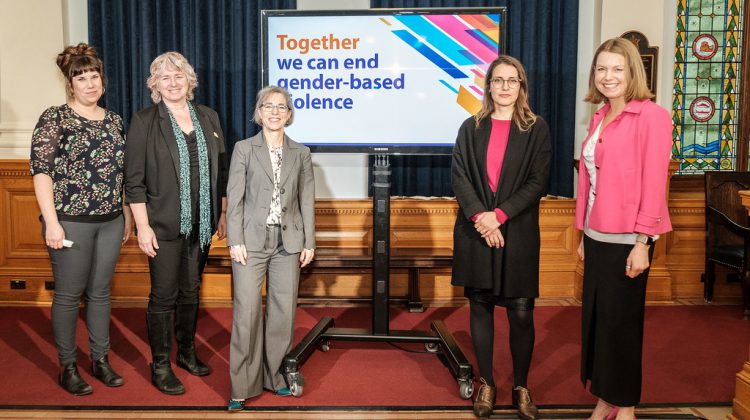 The province announced today that it's creating over 260 new spaces of transition, second-stage and affordable housing for women and children fleeing violence. (Supplied by the B.C. government)

The Campbell River & North Island Transition Society is getting a financial boost from the province.

The government says it’s creating over 260 new spaces of transition, second-stage and affordable housing for women and children fleeing violence.

The spaces will be created in 11 buildings across B.C.

In Campbell River,  the funds are earmarked for a yet-to-be-built facility near the society’s office on Dogwood Street.

The society’s executive director, Valerie Puetz, said the building will provide a mix of housing.

“The project is 49 to 50 units of housing, about half of those being second stage housing for women and children who are fleeing abuse or at risk of abuse and half of it being permanent housing for single women, in particular, priority to senior women,” Puetz said.

She said the dollar amount from the province hasn’t been decided yet: “It’s just an approval for the project that we’re looking at and the actual dollar amount is still under negotiation.”

She said the demand for transitional housing is huge in Campbell River.

“We always have a wait-list for our Rose Harbour program, which we can’t get people as fast as needed and what we’re hoping is to really round out our continuum of service.”

That service starts with a short term shelter for women and children who need immediate help, and the Rose Harbour program.

The goal is to add the new building that will provide permanent housing for some people and shorter-term housing for families that need help getting settled.

Puetz said that the hope is to start construction on the new building this summer.

The province made the announcement to kick off the 16 Days of Activism Against Gender-Based Violence.